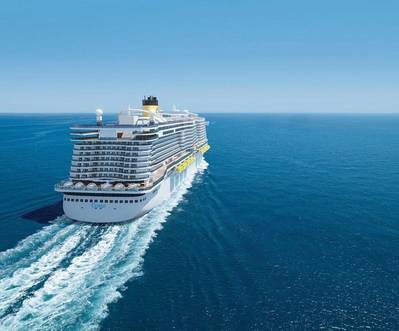 Carnival is the clear leader in global cruising, and it has made a commitment to environmentally benign technologies -- such as LNG as fuel -- across its brands. (Image: Carnival Corp.)

The cruise industry continues the path of unprecedented growth, and according to new figures released in CLIA’s 2016 Economic Impact Analysis passengers and crew spent a cumulative $21.9 billion in 2016. Putting additional numbers to the trend, Cruise Lines International Association (CLIA) reports that the industry had a $48B impact on the U.S. economy, generating 389,432 U.S. jobs paying more than $20.5 billion in wages and salaries, powered by nearly 12 million passengers embarking at U.S. ports.
All of this economic activity has spurred unprecedented new shipbuilding activity, one of the lone bright spots in an otherwise dour maritime market. New ships are being designed and ordered at a record clip, in the big oceangoing cruise segment down to specialty/adventure cruisers and a new generation of inland cruise riverboats.
The study reports records in terms of embarkation, 11.66 million cruise passengers worldwide embarked from U.S. ports in 2016 a 5.4 percent since 2014. Florida remains the clear leader, with a lions share -- 7.08 million embarkations in 2016, more than 60% of all U.S. Cruise embarkatins. While Florida remains in the lead, strong growth was registered in California, driven by skyrocketing demand from Long Beach
CLIA’s 2016 Economic Impact Analysis was an independent study conducted by Business Research and Economic Advisors (BREA).