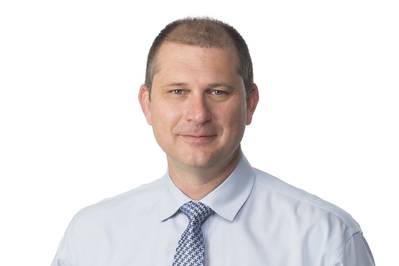 Multidisciplinary engineering firm BMT said it has appointed Peter Behrendt as its global Director of Strategy and Innovation.

Behrendt joined BMT in 2017 as Managing Director for the Australian Defense and Security business, a role that he has now handed over to Chelly Litster, who has been with BMT since the acquisition of Effectiva in 2018.

Behrendt's background includes operational, commercial, and business development positions within leading international companies, including spending nine-years with SAAB. In his new role as BMT’s Director of Strategy and Innovation based in Adelaide, Australia, he will lead the team responsible for developing, executing, and articulating BMT’s corporate strategy.

Commenting on his new role, Behrendt  said, “I look forward to making a real difference to some of the global challenges that our customers face. It is about us being passionate about our ‘four core sectors’ in an era of renewed great power competition, ongoing naval modernization and military expansion efforts, and as well while defense expenditure and procurement trends are on the up for the rising powers located in emerging markets.”

“My main goal is to ensure that BMT stays one step ahead of our competitors by identifying strategic growth initiatives within these four strategic sectors that include maritime design, asset monitoring and performance, environmental and climate solutions, and defense and security. We must aim to proactively drive disruption instead of being disrupted. This will involve coming up with solutions that challenge existing business models, and I am confident that we have all of the necessary levers in place to achieve this,” he added.

“BMT is now looking to replicate its global successes as ‘The Maritime Pioneer’, within the APAC region. The strategy is all the more timely for this 2020/21, as at the epicenter of the world’s maritime technology revolution, BMT is recognized as the ‘tech behind the tech’. Having launched several exciting innovations for Maritime including TUFLOW, REMBRANDT, SARIS, BMT DEEP, MATE, several Digital Data Transformation platforms and proprietary machine learning risk modelling applications. In addition, through the pursuit of new venture opportunities BMT will seek to build on its global brand presence and cultivate growth and value in its emerging portfolios,” Behrendt concluded.