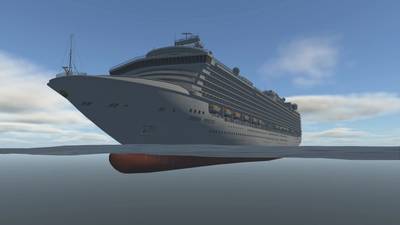 BMT has reported rapid growth in sales for its maritime simulator and has signed a number of contracts for its simulator system with cruise lines that include Holland America Line, Princess Cruises, and Seabourn in North America and P&O Cruises Australia.

The orders for both office and ship-based licenses of the company’s REMBRANDT maritime simulator will support cruise lines on more than 39 ships.

Dr. Phil Thompson, Simulation and Training Business Director at BMT, commented: “REMBRANDT delivers the highest standards of maneuvring simulation within an S-57 and S-63 ENC environment. This has been further enhanced by a high-fidelity, 3D scene reconstruction from multiple uncalibrated views using VDR and AIS data to generate visual reconstructions and playback files with a ‘pause and take control’ feature that opens up new and exciting opportunities for state-of-the-art reflective training. We are looking forward to supporting these widely recognised cruise line brands, to realize a successful systems’ application and delivery.”

REMBRANDT is fully scalable, operating in full-mission modes through to desktop and laptop-configurable modes. It is fully certified as a DNV GL-Class A, B, C and S simulator. The shipboard technical equipment simulator supports modern offshore vessels with scalable ship bridge simulation and training applications, including complex shipping manoeuvres in shallow, hydrodynamic waters, as well as training and assessment for the whole of a ship’s crew and for ship-to-ship transfers. This technology has also recently been adopted by a number of statutory marine agencies including the U.S. National Transportation Safety Board’s (NTSB) Office of Marine Safety (OMS), the UK’s Marine Accident Investigation Branch, the Australian Transport Safety Board and the Dutch Safety Board.