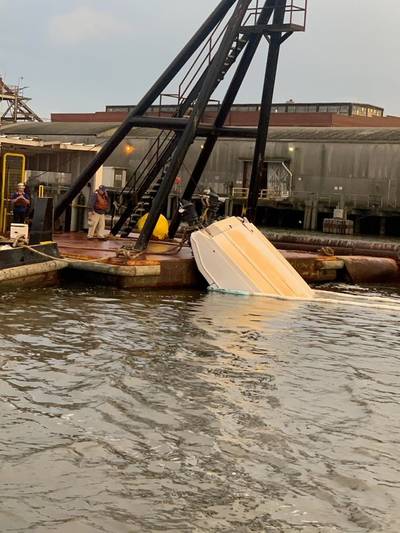 A multi-agency search was called off on Monday after responders failed to locate a man that went missing in the Savannah River after his vessel collided with a dredge on Saturday.

A good Samaritan contacted U.S. Coast Guard watchstanders on VHF Ch. 16 stating three people were in the water in the vicinity of Hutchinson Island after a recreational vessel allided with dredging equipment on Saturday at approximately 5 p.m.

Local partner agencies and good Samaritans arrived on scene and rescued two of the people in the water and brought them to awaiting emergency medical responders. It was reported that they are in good condition.

Coast Guard crews suspended the search for the missing man at approximately 8:45 p.m. pending further information. He is reportedly wearing a white shirt and tan shorts.