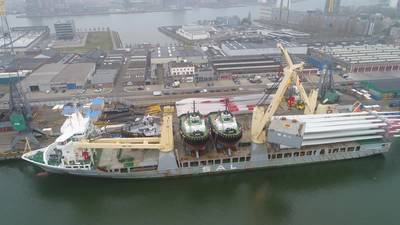 The 85-tonnes bollard pull ASD tugs 2813, built at Damen Song Cam Shipyard in Vietnam, were loaded on board the special heavy lift ship “Frauke” and transported to Rotterdam.

The tug duo arrived in the Port of Rotterdam on Monday, November 23, 2020.

The Damen ASD Tugs 2813 will be used for harbor and terminal escort and berthing duties, firefighting and coastal and offshore towing operations. 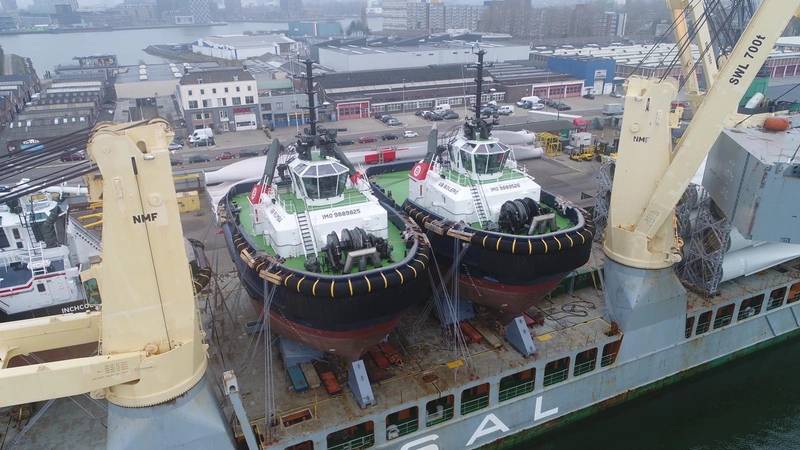