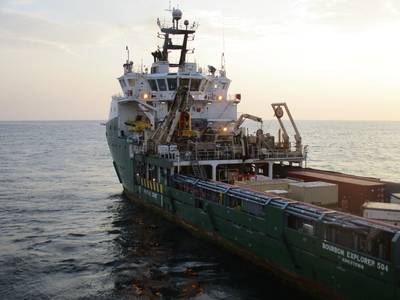 The creditors of indebted French marine services company Bourbon reached a restructuring deal that would give them control of the company, protect jobs and draw new liquidity.

Bourbon has been hurt by market overcapacity and a fall in spending on services by upstream oil and gas companies, but the deal with its creditors lifted its shares.

Bourbon's stock rose 24% in early session trading, although it is still down around 36% so far this year.

The creditors said their restructuring deal would result in the conversion of around half of 2.7 billion euros ($3 billion) of debts into new capital for the company.