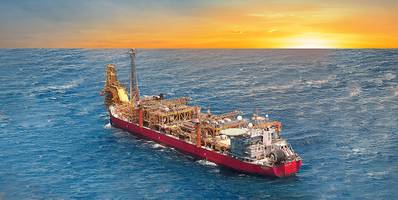 Under an agreement signed between BP and Yinson, Yinson will exclusively allocate FPSO Nganhurra to BP for the PAJ Project until 31 December 2022, with an extension option until 30 June 2023, while contract negotiations to convert, operate, maintain and lease the FPSO for the PAJ project are done. The lease and operate contract is anticipated to include a 10-year fixed term. It is expected to be executed by the end of 2024 subsequent to BP reaching final investment decision.

FPSO Nganhurra has a production capacity of 100,000 barrels of oil per day and was built by Samsung in 2006. The FPSO, which operated at the Enfield field in Australia until autumn 2018, is currently laid up outside Labuan, Malaysia.

Yinson Production Chief Executive Officer Flemming Grønnegaard says, “We have recently completed two successful redeployment projects, which are FPSO Abigail-Joseph and FPSO Helang, and the Group is currently engaged in a redeployment delivery for FPSO Atlanta. We are confident that our track record, technical knowledge and experience in this industry will support and fulfil bp’s business needs.”