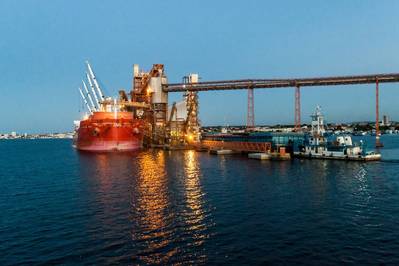 Brazilian soybean exports in April reached 16.3 million tonnes, an all-time record for a single month and an increase from 9.4 million tonnes in same month last year, according to average daily export data released on Monday by the government.

The previous record was 12.35 million tonnes, set in May 2018. Brazil, the world’s largest exporter of soybeans, had shipped 11.64 million tonnes of soybeans in March, according to government data, as local farmers finish collecting yet another bumper crop.