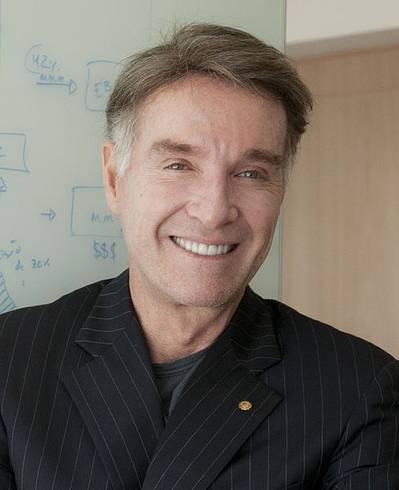 Eike Batista, who was Brazil's richest man for most of the past decade, is under investigation for allegedly engaging in insider trading while he chaired his now-bankrupt oil-producing and shipbuilding firms, securities industry watchdog CVM said on Friday.

In a statement sent to Reuters, Rio de Janeiro-based CVM confirmed that Batista is a respondent in six of nine probes that executives of his Grupo EBX conglomerate are facing for breaching securities rules. In two of them, regulators are examining whether Batista allegedly took advantage of his access to privileged information.
CVM also listed a dozen probes questioning financial and other data unveiled by oil company Óleo and Gás Participações SA , formerly known as OGX, and four more firms he controlled through EBX. If the probes lead to criminal charges against Batista, it would be yet another major blow to a businessman once hailed as Brazil's model entrepreneur and a symbol of its economic success.
"If this turns out to be true it will be excellent news for investors who lost so much with OGX," said Rodrigo Bornholdt, a partner with Bornholdt Advogados in Joinville, Brazil, which has been organizing minority shareholders for a lawsuit against OGX. "This would make it much easier for them to sue Batista, the corporate directors and the company."
The demise of his energy, logistics and mining empire, which two years ago was valued at about $60 billion, ended up in OGX filing in October for Latin America's largest bankruptcy.
Under CVM regulations, Batista could face fines and be banned from running a listed company. But he could also face criminal prosecution - which could put him in jail for as many as five years - and separate civil penalties if individual investors and companies sue him for damages, Bornholdt added.
EBX, speaking on behalf of Batista, issued a statement denying any wrongdoing. Batista did not make use of privileged information or act in bad faith, the statement said, adding that he will explain his decisions to the CVM.
Representatives for Oleo and Gas and OSX declined to comment.
According to a Valor Econômico newspaper report on Friday, CVM wants to determine whether Batista also withheld information that was unfavorable to some of his business while encouraging investors to buy more stock in his companies. During that time, Batista sold shares of OGX, as well as its sister company and shipbuilder OSX Brasil SA.
Valor, which had access to the content of the probes, also said Óleo e Gás waited at least 10 months to inform shareholders that four oil fields were not commercially viable.
'IDIOTPROOF'
Some of the luster that helped bring hundreds of billions of dollars into Brazil in the past decade, partly because of Batista's meteoric rise, is gone. Like his promises of fast and "idiotproof" returns in his various commodity and logistic ventures, Brazil's economic boom has since fizzled into four consecutive years of mediocre growth.
The bankruptcies of OGX and OSX could have also helped weigh down on confidence in Brazil's capital markets at a time of sluggish growth, executives such as Edemir Pinto, the chief executive of financial bourse BM&FBovespa SA, said a few months ago.
OGX shares have lost 99 percent of their value since 2010 and are no longer a component of Brazil's Bovespa index. OSX, which is also seeking bankruptcy protection, is entirely reliant on OGX for revenue.
In a filing on July 1, 2013, OGX said the Tubarão Azul, Tubarão Gato, Tubarão Tigre and Tubarão Areia fields were not commercially viable, kicking off the long decline of EBX.
Some of the ongoing probes showed Batista, whose companies are mostly in bankruptcy proceedings or have been sold, had access to information that was not communicated to the market when he sold shares of OGX and the shipbuilder before July 1, possibly in violation of Brazil's rules on using privileged information, according to the newspaper.
Batista still controls Oleo and Gas and is its chairman. In February, the company presented a plan to a Rio de Janeiro judge to restructure and cede control to creditors owed $5.8 billion.
The CVM has decided to give Batista until May 14 to defend himself against allegations of insider trading and price manipulation, the government's official gazette said on Tuesday.
The Valor article said Batista and OGX executives had suspected the amount of recoverable oil in the fields was smaller than initially expected since 2011.
In September of 2012, board members were presented with a study by a Brazilian unit of Schlumberger NV, the world's largest oilfield service company, that confirmed drilling those areas would not yield a profit under any scenario, Valor said.
At the time, Batista explained his 2012 share sales as minor transactions to meet financial obligations he had with other investors.
CVM's insider trading case for OGX is under the code RJ2014-0578 and for OSX under the code RJ2013-13172.
(By Jeb Blount and Juliana Schincariol, Reuters, Reporting by Jeb Blount and Juliana Schicariol; Additional reporting by Caroline Stauffer and Marcela Ayres in São Paulo; Editing by Steve Orlofsky, Guillermo Parra-Bernal, Bernard Orr Mohammad Zargham)