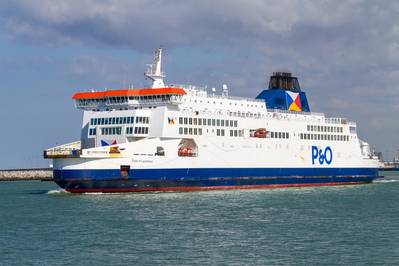 Britain said on Monday it will force ferry operators docking in its ports to pay the minimum wage as it stepped up pressure on P&O Ferries to rehire 800 workers who the company fired without notice in favor of cheaper staff.

P&O, which is owned by Dubai ports firm DP World, said it had decided to break the law and fire workers on the spot so it could instead hire cheaper agency staff after losing 100 million pounds ($132 million) last year due to COVID-19 curbs.

The Conservative government of Prime Minister Boris Johnson has condemned the move, which has shone a spotlight on Britain's flexible labor laws, and urged a rethink by P&O as Britons struggle with surging inflation and tax rises.

It said it will also introduce new legislation.

Transport Secretary Grant Shapps said in a letter to P&O Chief Executive Peter Hebblethwaite which he posted on Twitter that this package of measures would "ensure that seafarers are protected against these types of actions".

"I intend to block the outcome that P&O Ferries has pursued, including paying workers less than the minimum wage," he added.

In a battle of wills between P&O and the government, the coastguard last week detained a P&O ferry, saying a lack of crew familiarization and training meant it was not ready to sail.

Shapps said on Monday another ship, the Pride of Kent, had been detained following an inspection by the coastguard.

The government plans to use legislation to force all ferry operators operating from British ports to pay at least the national minimum wage, which rises for most workers to 9.50 pounds ($12.50) next month.

P&O has said its new crews on cross-Channel and some other routes will earn around 5.50 pounds a hour.

Shapps said in his letter to P&O that its actions had left its reputation in tatters and demonstrated a contempt for its workers. He called on it to offer all workers their jobs back.

"I believe you will be left with little choice but to reverse your decision," Shapps said, adding: " A reversal at this point may also go some way in starting to repair your firm's reputation with the public."