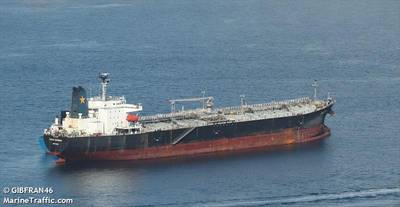 Operator Bernhard Schulte Shipmanagement (Singapore) on Monday pleaded guilty in federal court to maintaining false and incomplete records relating to the discharge of bilge waste from the tanker vessel Topaz Express, a felony violation of the Act to Prevent Pollution from Ships.

According to court documents and information presented in court, the defendants illegally dumped bilge waste from the Hong Kong-flagged Topaz Express directly into the ocean, without properly processing it through pollution prevention equipment. The defendants admitted that these illegal discharges were not recorded in the vessel’s oil record book as required by law. Specifically, on three separate occasions between May and July 2019, Bernhard, acting through Chief Engineer Skenda Reddy and Second Engineer Padmanaban Samirajan, its employees, used a portable pneumatic pump and hose to bypass the ship’s pollution prevention equipment and discharge bilge waste directly into the ocean. They then failed to record the improper overboard discharges in the vessel’s oil record book.

Additionally, during the U.S. Coast Guard’s inspection of the Topaz Express, Reddy destroyed paper sounding sheets and altered a copy of the vessel’s electronic sounding log, in an effort to conceal how much bilge waste had been discharged overboard without being processed through the vessel’s pollution prevention equipment.

Reddy and Samirajan previously pled guilty to their involvement in the offense.

U.S. District Judge Derrick K. Watson of the District of Hawaii accepted BSM Sinagapore's guilty plea. Under the terms of the plea agreement, the companywill pay a total fine of $1.75 million and serve a four-year term of probation. This is the largest fine ever imposed in the District of Hawaii for this type of offense. Bernhard further must implement a robust Environmental Compliance Plan, which applies to all 38 vessels operated by the company that call on U.S. ports.

“The Environment and Natural Resources Division of the Department of Justice is charged with enforcing federal and international laws designed to protect our oceans from pollutants,” said Assistant Attorney General Jeffrey Bossert Clark of the Justice Department’s Environment and Natural Resources Division. “Under those laws, vessel operators are required to either properly treat their bilge waste onboard before discharging it into the sea or offload their bilge waste to disposal facilities. This case should serve as a deterrent to individuals and companies that flout our laws and pollute our oceans.”

“Prosecutions like this one are important because, by holding companies accountable for the harm they cause to the ocean’s ecosystem, we do our part to protect the planet and its finite resources. In Hawaii, we are surrounded by the beauty of the Pacific Ocean, and companies that intentionally damage the ocean’s ecosystem must be held accountable for their criminal conduct,” said U.S. Attorney Kenji M. Price. “My office will continue to bring to justice companies that illegally discharge bilge waste into the ocean and then attempt to conceal their misconduct.”

“This case was built on the hard work of Coast Guard inspectors and investigators and we appreciate the strong partnership with the Department of Justice to hold polluters accountable,” said Capt. Arex Avanni, commander, Coast Guard Sector Honolulu. “All vessel owners and operators are responsible for maintaining their vessels and preventing illegal discharges of oily wastes into the ocean. We are committed to the people of Hawaii to protect our waters and the Pacific Ocean from the damage caused by pollution from illegal dumping.”