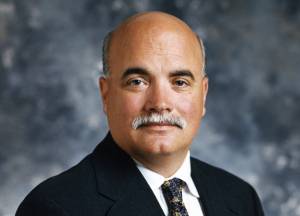 Rick Calhoun, president of Cargill Marine and Terminal, Inc., has been elected chairman of the Waterways Council, Inc. (WCI), the national public policy organization advocating a modern and well-maintained national system of ports and inland waterways.

“We are at a critical juncture in the U.S. waterways,” Calhoun said.   “The waterways infrastructure is aging, with more than half of our nation’s 240 lock chambers operated by the U.S. Army Corps of Engineers being beyond their 50-year economic design lives.”

WCI is supported by more than 200 waterways carriers, shippers, port authorities, shipping associations, environmental and conservation organizations, and waterways advocacy groups from all regions of the country.

“As the country debates the issue of sustainable energy supplies, it is important to look at options right here in the United States that maximize efficiency, keep our environment green and air quality high, and protect jobs,” Calhoun said.

WCI is urging the Administration to support a government-industry initiative, now underway, to develop an improved project delivery system and Long Term Capital Plan for America’s inland waterways infrastructure.  This Plan will ensure that resources and processes are in place to maintain the critical and environmentally sustainable inland marine transportation system.  The Plan also seeks to recommend a funding stream that industry can afford and is sufficient to meet waterways’ infrastructure needs.  This comprehensive initiative is a consensus-based plan jointly developed by industry leaders and the Corps of Engineers.  The Plan will be presented to Congress later this year for consideration in the development of a 2010 Water Resources Development Act.

WCI is also urging the swift rejection of a proposed lock usage fee in lieu of the current inland waterways tax on diesel fuel.  The lockage fee has been soundly rejected by Congress, and was included in President Obama’s FY 2010 proposed budget as well as Bush Administration budgets.

“It is disappointing that the Obama Administration would support a tax that will discourage the use of barge transportation, the most energy efficient, environmentally sound mode of transportation in the U.S.,” Calhoun said.  “At a time when this Administration is calling upon our citizens to be more energy efficient and environmentally responsible, this proposal is ill-conceived.”