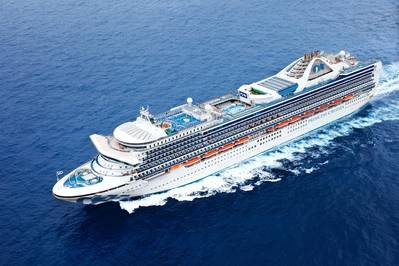 An ocean liner that previously carried two passengers who contracted the coronavirus was barred on Wednesday from returning to its home port of San Francisco from a voyage to Hawaii after at least 20 people aboard fell ill.

California Governor Gavin Newsom said the cruise ship Grand Princess would remain at sea until passengers and crew complaining of symptoms that may be consistent with the coronavirus can be tested to determine whether they have it.

Coronavirus testing kits will be flown out to the ship and flown back with samples to be analyzed at a state laboratory in the San Francisco Bay area, a process he said should produce results in a matter of hours.

Eleven passengers and 10 crew members have reported symptoms that could turn out to be the coronavirus, seasonal flu or the common cold, Newsom said.

Two passengers who traveled on the same ship on a previous voyage last month between San Francisco and Mexico later fell ill and tested positive for the coronavirus. Health officials say they probably contracted the illness aboard the vessel.

One, an elderly man from Placer County near Sacramento with underlying health conditions, died this week, the first documented coronavirus fatality in California. The other, from the Bay area, was described by Newsom as gravely sick.

Newsom said state health authorities, working with the U.S. Centers for Disease Control and Prevention (CDC), were trying to contact some 2,500 passengers who were on that earlier voyage.

The ship would now be held off shore, “a distance away, until all the testing and the new protocols and regimes are put into place to secure their arrival.”

Depending on the outcome of the tests, it might be directed to an arrival point other than San Francisco.

He said the manifest for the ship’s Hawaii cruise included 50 to 60 passengers who were also on board the Mexico voyage.

The governor discussed the ocean liner as he announced a statewide emergency declared in response to the coronavirus outbreak.

He said California health authorities had confirmed 53 cases, the most of any single U.S. state, from the respiratory disease that has killed more than 3,000 people worldwide.

The death of the former cruise passenger in California marked the first coronavirus fatality in the United States outside of Washington state, where 10 people have died in a cluster of at least 39 infections in the Seattle area.

The predicament of the Grand Princess cruise liner was reminiscent of the Diamond Princess vessel that was quarantined off the coast of Japan in February and was for a time the largest concentration of coronavirus cases outside China.

Some American passengers from that ship were ultimately repatriated to military bases in California for extended quarantines.