Canada Calls off Search for Missing Sailors from Sunken Trawler 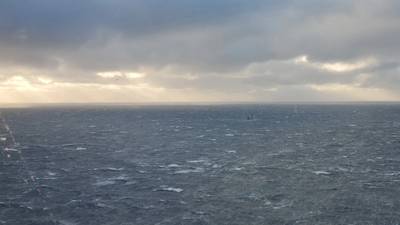 Canadian rescue officials on Wednesday suspended the search for 11 missing crew members from a Spanish trawler that sank the previous day in rough seas off the coast of Newfoundland, killing at least 10 people.

Three surviving sailors from the trawler, suffering from severe hypothermia, were plucked from a life raft early on Tuesday. It was not immediately clear what sank the trawler Villa de Pitanxo.

Bad weather complicated the search efforts, which went on for some 36 hours and involved a plane, two helicopters, rescue ships and one Spanish and two Portuguese trawlers.

“Our thoughts and sincere condolences go out to the families, friends, and community of these individuals. The case will now be turned over to law enforcement as a missing persons at sea case,” the organization added.

The vessel sank around 450 km (280 miles) east-southeast of Newfoundland, the fisheries ministry said.

The sinking was the deadliest involving a Spanish boat in years and was a particular blow to the Villa de Pitanxo’s home region of Galicia in northwestern Spain, whose sailors have travelled the world’s seas for fish for centuries.

At the Nores Marin group, the company based in the Galician city of Pontevedra which owns the ship, relatives of the crew gathered in search of news. Spanish authorities said bodies had not been formally identified.

“At the moment we don’t know anything, and I really can’t talk about it,” the wife of missing fisherman Edwin Cordoba Salinas told journalists.

“They haven’t found him yet and for the moment we’re waiting to see what happens,” she added.