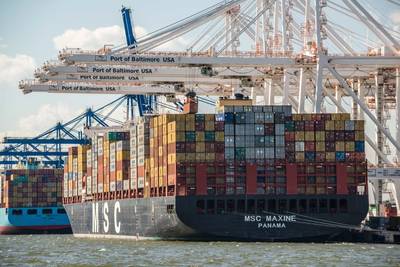 Canada Pension Plan Investment Board (CPPIB) said on Wednesday it had agreed to buy Ports America, one of the largest marine terminal operators in the United States, from investment firm Oaktree Capital Management LP.

While no valuation was given in the announcement statement, the deal values Ports America at over $4 billion, according to two sources familiar with the matter.

The transaction comes amid heightened interest in logistics, with supply-chain disruption in focus as the global economy recovers from the paralysis caused by the coronavirus pandemic.

“There are lots of tail winds for logistics assets writ large, but our approach is for the long term and so this type of strategic ports asset will be important to the U.S. for decades to come,” Scott Lawrence, head of infrastructure at CPPIB, said in an interview.

Under the terms of the deal, which is expected to close by the end of the year, the Canadian pension manager will take full ownership of Ports America.

CPPIB had previously held a 9.4% stake in Ports America. The pension fund also owns a 34% stake in Associated British Ports, as well as stakes in toll roads, utilities and digital infrastructure providers in the Americas, Europe, Asia and Australia, according to its website.

“Ports America’s growth, track record of innovation and strong financial profile have positioned the company for success in today’s cargo management and terminal operations environment, and we fully expect the business will only benefit from this new ownership structure,” said Emmett McCann, managing director and co-portfolio manager of Oaktree’s Infrastructure Investing strategy.