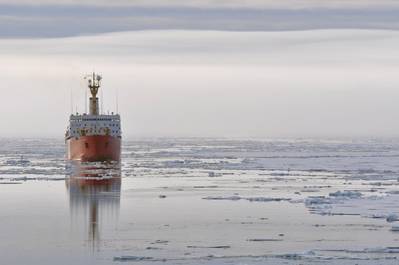 Two Canadian shipyards have joined forces in a bid for the contract to deliver the next polar icebreaker under Canada's National Shipbuilding Strategy (NSS).

Under the terms of their exclusive teaming agreement, if Seaspan Shipyards is awarded the Polar Icebreaker, Heddle would fabricate ship modules at its three Ontario shipyards in Hamilton, St. Catharinesand Thunder Bay. The relationship would also provide NSS program work for Heddle’s facility in Mount Pearl Newfoundland.

Canada’s existing polar icebreaker, the CCGS Louis S. St-Laurent, is the only ship in the Canadian fleet capable of year-round operations in the Arctic. It is in its sixth decade of service.

According to the Request for Information issued by Public Services and Procurement Canada in February, a replacement is needed by 2029 in order to continue to support Canada’s economy and year-round marine trade, to resupply Canada’s Arctic communities and industries, and to conduct search and rescue and environmental response operations in the Far North.

“This partnership with Seaspan Shipyards provides us with a critical opportunity to revitalize the shipbuilding industry in Ontario and Newfoundland by becoming a meaningful partner in the National Shipbuilding Strategy. This in turn will bring long-term jobs and predictability to our highly-skilled workforce at all of our shipyards and to our well-established supply chainm” said Shaun Padulo, President, Heddle Shipyards.

“The NSS is employing thousands of Canadians and rebuilding the marine industry across the country; Heddle has broad domestic skills and facilities that so far have been untapped to support the strategy. We are excited to partner with Heddle to extend the economic and social benefits of the NSS, and to leverage their skills and resources to deliver a flagship Polar Icebreaker worthy of the Canadian Coast Guard and its critical missions,” said Mark Lamarre, Chief Executive Officer, Seaspan Shipyards.

Seaspan was selected in 2011 as Canada’s NSS strategic partner to build all large non-combat vessels. It is about to deliver its third offshore fisheries science vessel to the Canadian Coast Guard and is currently building a joint support ship for the Royal Canadian Navy.