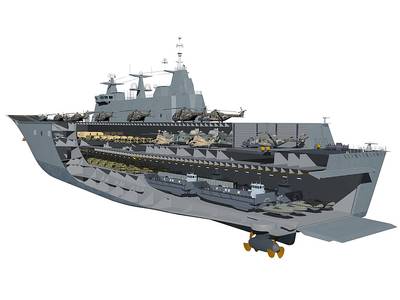 HMAS Canberra has returned  to Australia  following its successful maiden deployment to Fiji in the wake of Tropical Cyclone Winston.

Following a request from the Fijian Government, HMAS Canberra was deployed to Fiji on 1 March to deliver much needed humanitarian aid and assistance.

At the request of the Fijian Government, around 200 Defence personnel will remain as a Suva-based humanitarian assistance and disaster relief force. Four MRH-90 helicopters from Townsville’s 5th Aviation Regiment will also remain to support Fiji’s National Disaster Management Office.

HMAS Canberra will unload Queensland-based personnel and equipment in Brisbane today before arriving in Sydney later this week.