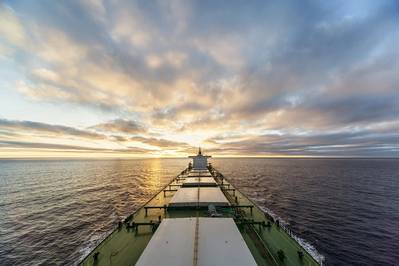 The Baltic Exchange's main sea freight index surged to its highest in over a decade on Wednesday, powered by a jump in the larger capesize vessel segment on increasing iron ore shipments from Brazil.

The Baltic dry index, which tracks rates for capesize, panamax and supramax vessel ferrying dry bulk commodities, jumped 238 points, or 9.6%, to 2,710, its highest since October 2010.

The index recorded its biggest daily jump since Feb. 17.

The capesize segment has seen more fixtures reported over the last week, especially due to more demand for iron ore from Brazil, said Rebecca Galanopoulos Jones, head of research at Alibra Shipping.

"The new week has set off with strength across both basins for sub-Capes, while capesize is expected to also gain up pace, as the dollar per tonne freight ceiling has risen higher, and a synchronous upwards trend across sizes is possible," shipbroker Intermodal said in a weekly note on Tuesday.