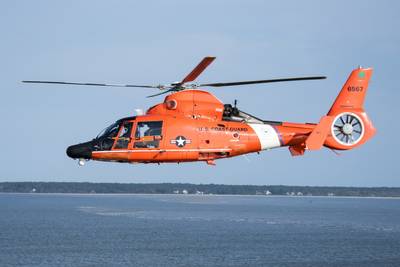 An Air Facility Charleston MH-65 Dolphin helicopter crew hoisted and transported the man to the Charleston Executive Airport where emergency medical services took him to the Medical University of South Carolina for further medical care.

A Coast Guard flight surgeon recommended a medevac and for the vessel to make best speed toward Charleston. Once the vessel was within distance parameters, the Dolphin crew launched to rendezvous with the Teal Arrow and conduct the medevac.