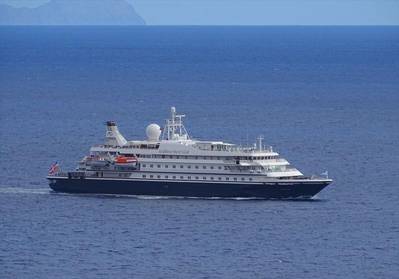 SeaDream Yacht Club has halted a cruise in the Caribbean following several positive coronavirus tests among passengers, the company said on Friday.

The SeaDream I vessel has returned to port in Barbados and all passengers are currently being re-tested, the privately owned company said in a statement.

“The ship’s medical staff has tested all crew members and all tests have come back negative,” SeaDream said.

Cruise ships were home to the some of the earliest clusters of COVID-19 as the pandemic spread globally early this year, shutting down much of the cruise industry.

SeaDream Yacht Club said in September it planned to become the first luxury cruise operator to resume sailing in the West Indies, with 22 voyages planned from November 7 onwards.

By contrast, most U.S. cruise operators have suspended their operations until the end of 2020, The Cruise Lines International Association (CLIA) said on November 3.

SeaDream Yacht Club, founded by Norwegian investor Atle Brynestad, operates two luxury vessels, each with a capacity of up to 112 passengers.

It did not say how many passengers and crew were aboard at the moment.

The company was not immediately available for comment when contacted by Reuters.