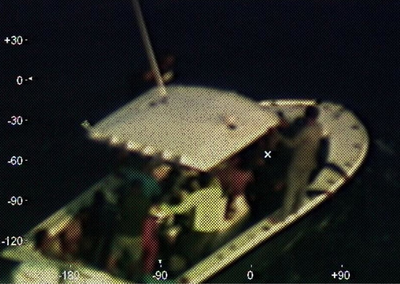 Carnival Fantasy assists the Coast Guard in Rescuing 23 Individuals on the High Seas.

The Coast Guard and the crew of the cruise ship Carnival Fantasy rescued 23 individuals on the high seas, 130 nautical miles off the Yucatan Peninsula, The Coast Guard received a report at 1:15 a.m. from a Cuban national stating his brother and 22 other individuals were adrift aboard a disabled sports fisher. It was reported that 22 Cuban nationals started their voyage from Cuba to Mexico on a wooden boat before losing power and becoming adrift for three days.

They were noticed by a Cuban-Mexican national who took all 22 individuals aboard his sports fisher vessel. The boater’s engines reportedly malfunctioned and the 23 people became adrift for an additional three days.

Watchstanders alerted the cruise ship Carnival Fantasy and directed them toward the drifting boat’s location for rescue.