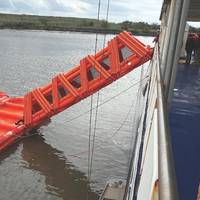 As domestic traffic from coast-to-coast continues to worsen, ferry operators are seeing a steady growth in passenger demand. As passenger demand grows, so does the demand for efficiency and hybrid technology to be incorporated into fleets. But what innovations support a fleet’s number one priority – safety? Will efficiency and the latest green technologies support these critically important vessels in an emergency situation? Is the crew aware of how much time they have to evacuate all passengers?Traditional ferry evacuation systems require passengers to be loaded onto lifeboats on deck…

Op/Ed: What Good Boats Can Do 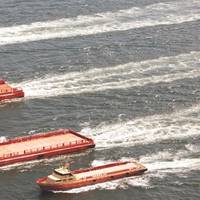 Stay in your lane. Ignoring such wisdom can result in catastrophe if you’re drag racing and lead to general unpleasantness on bowling league nights. This same guidance in other circumstances, for example, can be toxic. It can inhibit innovation and, at the worst possible moment, prevent the sensible use of available resources to improve a bad situation.In satisfying the demands of the offshore energy sector, the U.S. maritime industry has developed incredibly versatile tools. 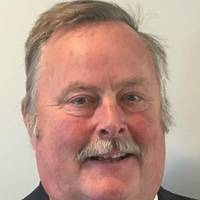 Coast Guard responds to deadly New York harbor pilot accident.On December 30, 2019 at approximately 0430, Sandy Hook Pilot Captain Dennis R. Sherwood was involved in an incident while boarding a container vessel inbound to the Port of New York & New Jersey. He sustained injuries after falling from an accommodation ladder and was evacuated to a local hospital where his injuries proved to be fatal. Prior to the incident, Captain Sherwood had been piloting vessels in and out of the Port of New York & New Jersey for over 35 years.The incident is being investigated by the United States Coast Guard. 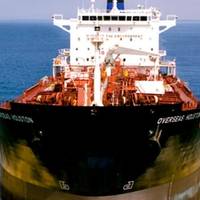 Overseas Shipholding Group, the tanker company providing energy transportation services for crude oil and petroleum products in the U.S. Flag markets, has entered into agreements with BP Oil Shipping Company USA and BP AMI Leasing to purchase the crude oil carrier vessels operated by Alaska Tanker Company (ATC).OSG currently owns a 37.5% interest in ATC. As part of the above transaction, OSG will acquire the remaining 62.5% interest of ATC that it does not own.According to the publicly traded tanker company… 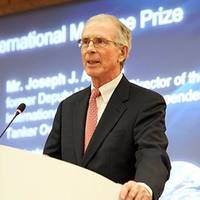 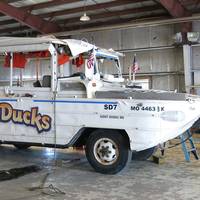 U.S. federal officials are calling for new safety rules following the fatal sinking of a Missouri amphibious passenger vessel in July 2018.Seventeen of the 31 people aboard the modified WWII DUKW amphibious passenger vessel, or "duck boat", Stretch Duck 7 died, when the vessel sank during a rapidly developing high-wind storm on Table Rock Lake near Branson, Mo.As part of its ongoing investigation into the July 19, 2018 accident, the National Transportation Safety Board (NTSB) issued a marine safety recommendation report on Wednesday that calls upon the U.S. 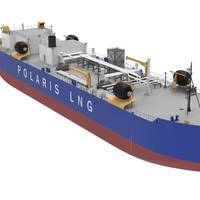 Vard Marine, a naval architecture and marine engineering company, recently completed the concept design of a new 5,400 cubic meter (CBM) LNG bunker barge for Fincantieri Bay Shipbuilding.The barge is being designed for Polaris New Energy’s bunkering operations that will support LNG fueled ships in the east coast of the United States. It will be built at Fincantieri Bay Shipbuilding in Sturgeon Bay, Wisconsin and is expected to be delivered in November 2021.Vard Marine is currently… 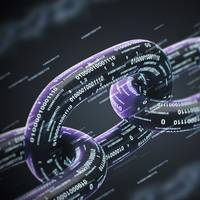 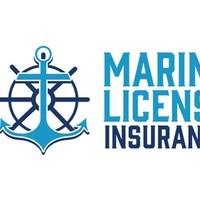 Mariners looking for insurance have a new option that is touted as being fast and affordable, cared for immediately in an online format that is designed to be more expedient than ever.360 Coverage Pros launched a new Marine License Insurance Program for mariners that offers an entirely online buying experience combined with low monthly payment options and instant proof of coverage.Until now, the process of securing a marine license insurance policy involved requesting quotes,… 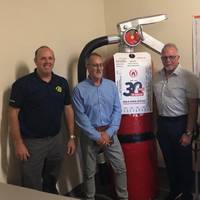 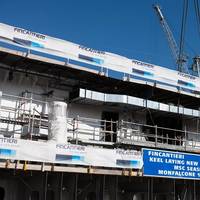 A traditional maritime coin ceremony  took place at the Fincantieri shipyard in Monfalcone, Italy, when the keel was laid for MSC Seashore. At the milestone event, MSC Cruises revealed details of the significantly transformed overall design and new features of the ship.MSC Seashore will be the Company’s longest ship – 339 meters – when she enters service in June 2021, the first of two enriched “Seaside Evo” Class ships with the latest available environmental technology, extended public spaces, more cabins and the highest ratio of outdoor space per guest of any ship in the company’s fleet. 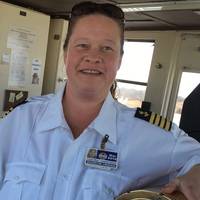 Women make up only an estimated two percent of the global maritime industry. In the U.S., the statistics are a little better, with less than eight percent of ship and boat captain operator roles held by women.Still, for a female to have the opportunity to train up to ship captain is considered “unique.” However, as predictions are being made that there will be a shortage of more than 140,000 deck or ship officers worldwide by 2025 (BIMCO/ICS), we will see more accomplished women take the helm and lead the industry forward. 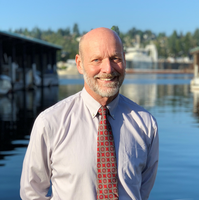 Elliott Bay Design Group (EBDG) has announced that its Board of Directors has appointed Brian King as President - Chief Engineer. King will have direct supervision of the business and affairs of the company. He will be responsible for advancing EBDG's major strategic objectives while leading the team on planning, business management, engineering, personnel development and sales.Since joining the company in 1988, Brian has made numerous contributions to the organization including developing engineering standards… 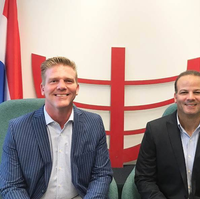 C-Job Naval Architects said that Mario Gitte has been appointed Vice President Engineering and Edward Verweij has been named Vice President Sales. Together they will be the executive management team that will run the company’s new branch office in Houston, Texas.Gitte is a licensed Professional Engineer in the state of Texas and previously served as Senior Principal Engineer in the Advisory Services Group at American Bureau of Shipping (ABS). Mario is a graduate from the United States Coast Guard Academy who prior to joining ABS worked at a shipyard in south Louisiana. 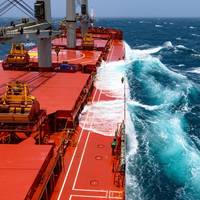 “The First Steps in Mitigating Contemporary Risks to our Strategic Sea Lines of Communication”It is indisputable that the world’s economy floats on seawater. It is equally indisputable that international maritime transportation is the tool that keeps the global economy moving. The world economy has surged over the last half century, and that growth has been largely driven by globalization and the consequent reduction in barriers to trade. Any operational disruptions in maritime transportation have wider consequences for society… 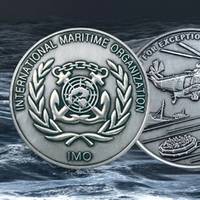 Petty Officer Michael Kelly, a rescue swimmer with the United States Coast Guard, will receive the 2019 IMO Award for Exceptional Bravery at Sea, for his courage, perseverance and skill in rescuing four survivors from a life raft, in extremely high winds and heavy seas.A panel of judges decided that the rescue merited the highest award. The decision was endorsed by the IMO Council at its 122nd session in London (15-19 July).Petty Officer Michael W. Kelly, Aviation Survival Technician Second Class… 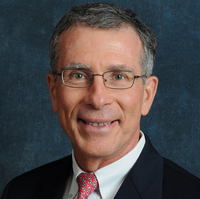 The International Maritime Prize for 2018 will be awarded to Joseph J. Angelo, a former United States Coast Guard (USCG) and International Association of Independent Tanker Owners (INTERTANKO) senior executive who participated in International Maritime Organization (IMO) meetings for many years, providing leadership on a number of key regulatory developments.The IMO Council, meeting for its 122nd session in London (July 15-19) decided to award the Prize to Mr. Angelo, in recognition… 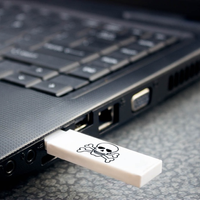 Whilst investigating a cyber incident onboard a ship the USCG found that the security risk presented by the shipboard network was well known among the crew before the incident.In its recent Marine Safety Alert 06-19, the United States Coast Guard (USCG) shares its findings from an investigation into a cyber incident onboard a commercial vessel:“In February 2019, a deep draft vessel on an international voyage bound for the Port of New York and New Jersey reported that they were experiencing a significant cyber incident impacting their shipboard network. 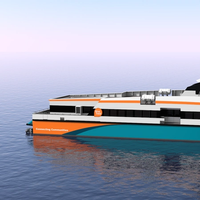 BMT has announced the signing of a contract for two new 43 meter (104’ x 37’’ x 12.5’) high-speed, passenger Fast Ferries for Kitsap Transit, with an option for a third to be added to this vessel fleet. The custom design project will once again see the UK’s leading engineering design consultancy partner with US shipyard Nichols Brothers Boat Builders (NBBB) and will join the Kitsap Fast Ferry service in Seattle once completed. The bow and side loading vessels will accommodate a maximum of 255 passengers on board with protected storage capacity for 26 bicycles.

Admiral Schultz Emphasizes Maritime as a Driver of U.S. Commerce 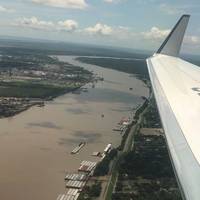 Last month Maritime Reporter & Engineering News was invited to join Admiral Karl Schultz, the Commandant of the United States Coast Guard, on a trek to New Orleans for an underway tour on board a mid-stream transfer operation in the Mississippi River. As the U.S. inland waterway system has endured historic water levels for more than six months, the destination provided a perfect backdrop to discuss several key messages coming from USCG leadership: the maritime industry’s critical role in facilitating U.S.