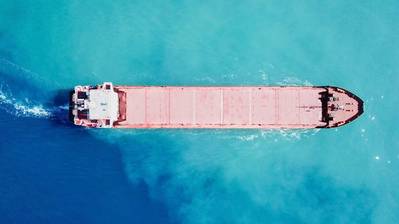 The company, which owns a fleet of tankers and dry bulk carriers, announced the deal to acquire the vessel back on April 9, 2021.

It at the time said it would pay $18.48 million for the vessel

"The M/V Magic Eclipse acquisition was financed in its entirety with cash on hand," Castor Maritime said Wednesday.

"The M/V Magic Eclipse commenced employment today under a time charter contract at a daily gross charter rate of $26,500 and with an expected term of about 105 days," Castor Maritime said Wednesday.,

According to the company, on a fully delivered basis, Castor will own a fleet of 26 vessels, with an aggregate capacity of 2.2 million dwt, consisting of 1 Capesize, 7 Kamsarmax and 10 Panamax dry bulk vessels, as well as 1 Aframax, 5 Aframax/LR2 and 2 MR1 tankers.