Change of Command for U. S. Coast Guard Cutter Vigilant 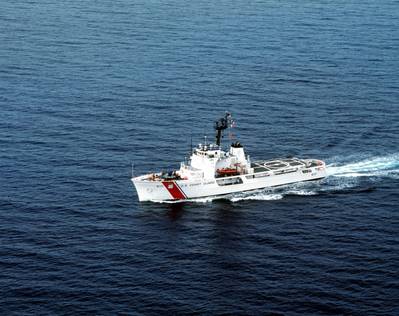 The crew of the U. S. Coast Guard Cutter Vigilant conducted a formal change of command ceremony in Port Canaveral, Thursday.

During the ceremony, Cmdr. Jay Guyer relieved Cmdr. Fred Bertsch of the duties of commanding officer of the vessel.

Bertsch served as Vigilant’s commanding officer since 2019 and led the crew through six patrols.

According to the U.S. Coast Guard, under Bertsch’s leadership, Vigilant interdicted 10 drug smuggling vessels seizing over 30,952 kilograms of cocaine and detaining 30 suspected smugglers. Additionally, the Vigilant crew rescued six mariners in distress and assisted 19 more during the two-year span.

The change of command ceremony is a time-honored tradition that formally symbolizes the continuity of authority as command is passed from one individual to another in an observance conducted before the ship’s company. The change of command, as traditionally practiced within the Coast Guard, is a total transfer of responsibility, authority, and accountability from one individual to another.

"Together, the crew has accomplished a great deal and persevered through a difficult time,” said Bertsch. “It has truly been because of the hard work, dedication and commitment of the crew that we have been successful."

Bertsch, a 2001 graduate from the  Coast Guard Academy in New London, Connecticut, departs the Vigilant to serve as a Coast Guard Fellow at Carnegie Mellon University for the upcoming academic year. During the ceremony, the roles and responsibilities of the commanding officer were transferred to Guyer. Guyer, a permanent cutterman with over nine years of sea service, reported to the Vigilant from the Commandant’s office where he worked as the press assistant to the Commandant.

The Vigilant, a medium-endurance cutter homeported in Cape Canaveral, Florida, patrols throughout the Caribbean and Pacific seaboard, ensuring safety of life at sea and enforcing international and domestic laws by conducting U.S. Coast Guard missions. The Vigilant’s primary missions include illegal drug interdiction, alien migrant interdiction and search and rescue.

The Vigilant is the twelfth cutter to bear the name, dating back to 1790 when the original Vigilant was built for the Revenue Cutter Service.