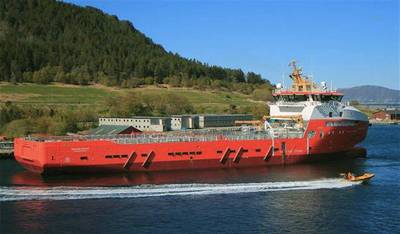 Norwegian offshore vessel owner Solstad Offshore has secured a contract extension for one of its platform supply vessels.

In a brief statement on Wednesday, Solstad said that the one-year charter extension had been awarded to its 94,2-meter-long PSV Normand Server.

The contract is now firm to January 2023, with two one-year extension options after that. Solstad did not say who the client was, nor did it share the financial details of the contract.

Data from MarineTraffic show the vessel's last location was Ekofisk, an oil field in the Norwegian North Sea, operated by ConocoPhillips.

According to available information, ConocoPhillips had in April 2017 awarded Normand Server (ex-Rem Server) a firm charter of four years and eight months.