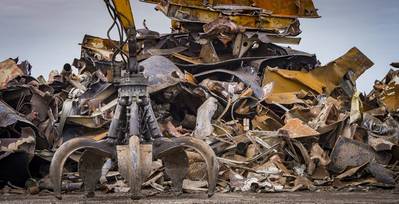 A total of 28 criminal suspects were held in Xiamen, Quanzhou and other cities in the coordinated operation, in which 3,237 tonnes of scrap steel was seized.

The gangs had been buying the scrap in China, the world's biggest steel producer, since 2017 and sending it to Southeast Asian countries, Xinhua said.

Amount of scrap smuggled was put at around 50,000 tonnes, worth some 78 million yuan ($12.2 million), as gangs sought to cash in on higher international scrap prices.

Ports used by the gangs included Xiamen, Shenzhen in Guangdong and Hangzhou in Zhejiang.

China has also been tightening controls over imports of scrap material as part of a crackdown on foreign solid waste.