A. Ananthalakshmi and Rozanna Latiff April 17, 2020

On Friday, it was close to the Petronas-operated West Capella, according to the security sources, who did not want to be identified because they were not authorised to talk to the media. One of the sources said a Vietnamese vessel was also tagging the West Capella.

The area is close to waters claimed by both Vietnam and Malaysia as well by China, through its sweeping claim to most of the South China Sea within its U-shaped 'nine-dash line' that is not recognised by its neighbours or most of the world.

The United States has accused China of taking advantage of the distraction of the coronavirus pandemic to advance its presence in the South China Sea.

A Malaysian security source said the Haiyang Dizhi 8 was flanked at one point on Friday by more than 10 Chinese vessels, including those belonging to maritime militia and the coast guard. That source also mentioned the Vietnamese vessel.

The Malaysian prime minister's office, the defense ministry and Petronas did not respond to requests for comment.

"We do not know its purpose but it is not carrying out any activities against the law," he said, according to the report.

The foreign ministries of China and Vietnam did not immediately respond to requests for comment.

It was flanked by a Chinese coastguard vessel as it moved in a hash-shaped pattern consistent with carrying out a survey, as it did during a tense standoff in Vietnamese waters last year.

The West Capella was not visible on the tracking data, but the security sources said the vessel was in the area. The Asia Maritime Transparency Initiative (AMTI), a Washington DC-based think tank, has signalled its presence there since October.

Greg Poling, director of the AMTI, said China was using intimidation tactics as it had in resource-rich Vietnamese waters, where Spanish energy firm Repsol has pulled at least two projects in recent years following pressure from China.

"Beijing doesn't want to pick a fight here but it wants to intimidate," he said. "China hasn't slowed down at all despite the coronavirus pandemic."

Vietnam lodged an official protest with China this month following the sinking of a Vietnamese fishing boat it said had been rammed by a Chinese maritime surveillance vessel in the disputed waters.

The Chinese survey vessel's moves this week come at a time China has been sending medical help to Southeast Asian countries including Malaysia, which has reported more than 5,000 coronavirus infections.

(Reporting by A. Ananthalakshmi and Rozanna Latiff; Additional reporting by Joseph Sipalan in Kuala Lumpur, James Pearson in Hanoi and Judy Hua in Beijing; Editing by Matthew Tostevin and Philippa Fletcher) 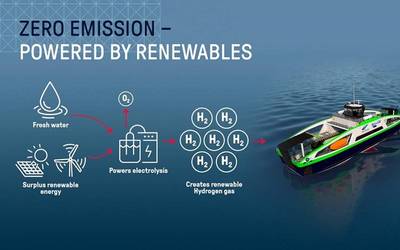