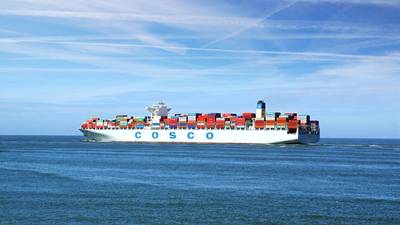 Chinese state-run shipping giant COSCO Shipping Development Co said on Tuesday that it holds a 3.74% stake in Bank of Kunlun, which has acted as a key official channel for money flows between China and Iran.

The statement was made by the shipping firm on the e-interview platform of the Shanghai Stock Exchange, in response to an investor question on whether it held a stake in the bank.

COSCO did not elaborate on when it acquired its holding, although the bank had disclosed the shipping firms stake in its 2019 annual report.

COSCO’s comments come days after China and Iran, both subject to U.S. sanctions, signed a 25-year cooperation agreement on March 27 to strengthen their long-standing economic and political alliance.

“The bank strictly abides by the laws and regulations of the United Nations and China to handle the economic and trade settlement of humanitarian supplies and non-sanctioned goods between China and Iran,” the bank said in a fax reply to Reuters.

“All business of Kunlun is open and transparent and does not violate any national laws and regulations,” it added.

U.S. reimposed sanctions on Iran in 2018 on concerns over Iran’s ballistic missile program and its support for Syria’s embattled leader Bashar al-Assad and rebel fighters in Yemen.