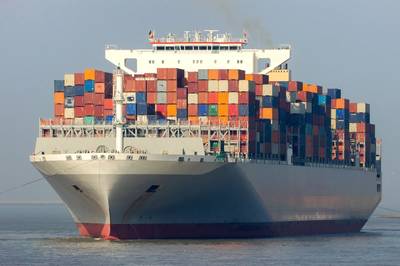 As the main conduit for global trade in finished and intermediate goods - including an overwhelming majority of the parts and machinery needed to produce other merchandise - the container shipping sector can also offer a glimpse into the state of demand among global manufacturers.

And the latest read on one of the world's busiest container shipping lanes - from China to the U.S. West Coast - paints a dour picture of the health of buyers and businesses in the world's two largest economies.

The cost to ship a 40-foot (12-meter) container from China to California has halved since late September, and is down 90% this year, data from shipping firm Freightos shows.

A variety of factors have been behind this spectacular plunge, including rapid belt-tightening by U.S. consumers stung by inflation, a mistimed surge in retail sector inventories, and enduring disruption to China's manufacturing supply chain due to recurrent COVID-19 lockdowns.

Regardless of the cause, the main takeaway is that the rate that shippers are prepared to pay to move stuff from China to the United States has plummeted faster than at any point in history, and reveals deep problems among the key drivers of economic activity within the United States and in the world's largest manufacturing base, China.

A silver lining to this deterioration in global trade flows is that shipping lines have already hit the brakes on voyage speeds in order to save on fuel costs and buy time for a potential improvement in the state of demand at the destination by the time the vessels arrive.

In turn, this slower pace of ship traffic is reducing emissions from each of the roughly 12,000 container vessels estimated to be in operation.

The average speed of a large container vessel - capable of carrying up to 24,000 individual 20-foot containers - is currently 8.5% down from the average speed plied over the first half of 2021, when global shipping activity burst to life as the COVID-19 lockdowns of 2020 eased, data from Refinitiv shows.

The average speed of medium-sized container vessels is down 4.6% over the same period.

While these speed reductions pale in comparison to the roughly 77% drop in average container rates for the China-U.S. West Coast route, they do represent a significant drop in fuel consumption from the global container fleet.

As the entire shipping sector only accounts for roughly 3% of global annual greenhouse gas emissions, according to the International Maritime Organization (IMO), a modest-looking slowdown among container vessels may not seem like a significant climate milestone.

But with 2021 shipping emissions estimated at 833 million metric tons by shipbroker Simpson, Spence & Young - and global CO2 emissions scaling new highs last year - any contraction in pollution from a key driver of the global economy is notable.

Further, due to the container sector's clear linkages to the broader manufacturing industry, the sharp drop in shipping rates and speeds indicates that overall industrial activity is also being throttled down by a significant degree.

This is clearly bad news for corporate earnings and the state of the overall global economy.

But for climate watchers who have been alarmed by the steep jump in emissions seen over the past year or so, the reduced discharge from major global supply lines is a potential cause for celebration, even if it indicates a weakened state of key actors in the global economy.

A snapshot of the global container shipping fleet on November 30, 2022 https://tmsnrt.rs/3UAeRAJ