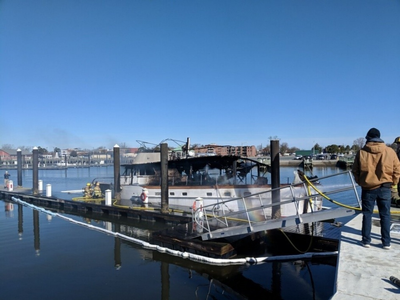 Local fire departments are currently fighting the fire onboard the vessel. A Unified Command (UC) has been established that is comprised of the