The Coast Guard Foundation announced that its annual Tribute to the U.S. Coast Guard in Washington, D.C., will take place on June 7,2022, at the historic National Building Museum in Washington.

The event celebrates the Coast Guard and raises funds for Coast Guard Foundation programs that support service members and their families when and where they are most in need.

“We look forward to coming together with policymakers, industry leaders and government officials to highlight the heroism of the U.S. Coast Guard and its members stationed around the world,” said Susan Ludwig, president of the Coast Guard Foundation.

Air Station Atlantic City will be recognized for its lifesaving mission work along the coast of New Jersey as well as the unique national security role it plays. The unit is tasked with protecting the air space around the National Capital Region and National Special Security Events such as the Super Bowl, the UN General Assembly, and the State of the Union Address.

The event will also include the presentation of the Coast Guard Foundation’s Guardian Award to board member and philanthropist James A. “Jim” O’Hare. O’Hare was one of four board members who started the D.C. event 18 years ago. Since then, it has raised more than $14 million for Foundation programs that assist Coast Guard members and families.

O’Hare volunteers his time to share the Coast Guard and the Foundation’s missions with boaters from Maine to Florida and beyond, enhancing the readiness and morale of Coast Guard members, bringing new partners to the Foundation’s mission and recruiting board members to guide the organization. He is a member of the Annapolis Yacht Club, the New York Yacht Club and the Royal New Zealand Yacht Squadron. 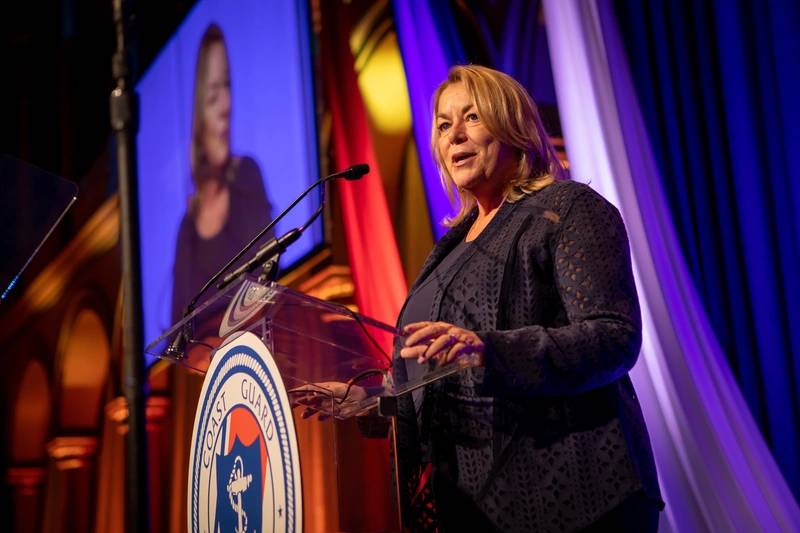