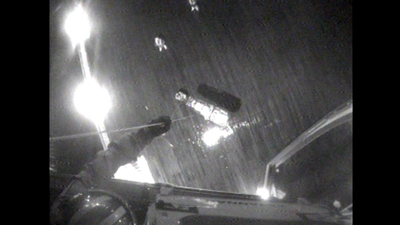 Coast Guard Sector Charleston Command Center watchstanders received a call at 9:15 p.m. from the cruise ship Carnival Ecstasy stating a passenger suffered a head injury after falling and was in need of medical attention.

The Dolphin crew rendezvoused with the vessel, hoisted the woman with a nurse and transported them to Memorial University Medical Center Savannah at 10:20 p.m.