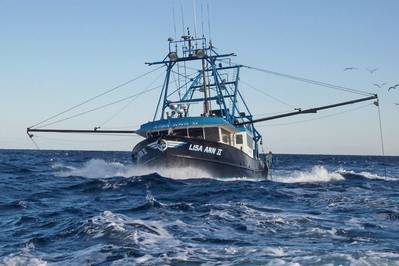 FloScan announced the latest in a series of Case Studies detailing how their fuel computer systems are being used in a real world commercial environment. FloScan systems were chosen by a leading group of researchers in New England to identify ways to reduce the operating overhead of commercial trawlers. Projects included testing fuel additives, prop tuning, a variety of modifications to nets and doors and even an exotic and expensive hydrogen injection fuel assist unit.

FloScan FloNET systems and DataLog software were installed on a variety of test vessels to determine if these approaches worked and to quantify the potential return on investment.

“Fuel consumption integrates into almost every aspect of commercial fishing from the manner in which a vessel is run to testing new technologies that have the potential to provide benefits for our fishermen,” said Erik Chapman, lead researcher at New Hampshire Sea Grant at U-NH. “FloScan has made it possible to tease out the data needed to identify those that work from those that don’t.”

It was between tests that the captains working with the researchers found the ultimate fuel saving technology—using FloScan as their guide to optimum vessel efficiency. It was after considerable testing with FloScan systems installed on numerous test vessels from small day trawlers to larger offshore vessels that a simple truth emerged.

“From our experience every commercial vessel should be equipped with a FloScan system,” said GEARNET lead research scientist Steve Eayrs of the Gulf of Maine Research Institute. “The economics are undeniable, the time it takes to recoup the cost of the unit in fuel savings is short and the savings are continuous.”