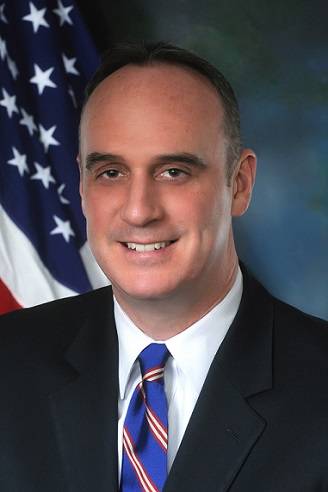 On October 28, 2013, the Annual U.S. Bilateral Maritime Consultation with the People’s Republic of China was held in Chicago, Illinois. On behalf of President Obama, the U.S. delegation welcomed the Chinese delegation.

I participated in the Bilateral as part of the U.S. delegation. I represented the Federal Maritime Commission’s interests and led the consultation meeting on three items:

•    the Chinese desire to establish a mutual NVOCC legal assistance mechanism and mutual bond rider recognition mechanism,
•    Chinese concern regarding taxes imposed upon foreign invested terminals in the U.S., and
•    the U.S. concern over the application of China’s New VAT Tax.

I should note that the lead representative from the Chinese Ministry of Transport was Mr. Li Hongyin, Deputy-Director- General, Bureau of Water Transport. I understand Mr. Li Hongyin will be part of the Chinese Delegation for the Global Regulatory Summit to be held here next week.

As a result of concerns raised by the wider international shipping community to China’s Ministry of Transport (MOT), MOT is working with the Shanghai Shipping Exchange and others in the government to address this matter.

Mr. Li Hongyin noted that in September the MOT sent a formal letter to the State Administration of Taxation (SAT) to resolve the issue. Mr. Li Hongyin also stated that MOT officials have been in contact with SAT by telephone. Mr. Li Hongyin committed that upon his return to China, he will further discuss this matter with SAT.

I pointed out that there are no complaints about China’s transition from a business tax to a VAT, but that the United States has questions as to the fair application of the tax with regard to international maritime transportation.

I raised the concern that United States interests should be treated fairly under the PRC’s new VAT tax regime. I also expressed the business community’s desire for clarity and certainty with respect to the VAT. In this regard, the business community is interested in learning more about potential refunds if there is an overpayment of taxes; and their concern over any consequences of an inadvertent underpayment of taxes and the possible penalties that may incur as a result.

The PRC representatives listened to our concerns and committed to continue working with the SAT and other government agencies within China in order to seek more guidance and clarity on the VAT. I committed that the FMC would work with the appropriate U.S.-agencies, private sector interests and representatives of China with the goal of securing more guidance and clarity in this regard.

To this end, my office is spearheading communications between U.S.-agencies and the private sector on one end, gathering information, while the State Department through its officials here in DC, the U.S Embassy in Beijing, and the U.S. Consulate, Shanghai channels this information we gather through the appropriate PRC agencies.

Recently, in the cooperation with the U.S. Consulate in Shanghai, we came up with a plan to seek information from U.S. companies on their experiences with the new VAT. This information would ultimately be shared with the Shanghai Bureau of Taxation and other PRC agencies. My office has been canvasing representatives of the carrier and shipper communities and other stakeholders who contacted the FMC on this matter.

Last week the carrier community conveyed to my office that one of its companies had been informed that the Chinese government was likely to issue a circular on the VAT changing or clarifying its application with respect to international shipping.

I directed my office to share that information with FMC’s counterparts at the U.S. State Department here in the U.S. and in China.

Accordingly, the U.S. Consulate, Shanghai contacted the Shanghai International Shipping Institute (SISI) and SISI reported that shipping companies have been raising concerns over the application of the VAT. The Consulate also spoke with the Shanghai Shipping Exchange (SSE) who said that the information may be based on a recent announcement at a SSE-sponsored shipping conference.  At the conference, MOT Water Transport Bureau Director General Song Dexing said that the MOT is aggressively working to clarify the VAT. According to the Consulate, SSE believes that a new circular regarding the VAT is forthcoming.

Last night we heard from the representative of the U.S. Consulate, Shanghai who conveyed that he had met with the American Chamber of Commerce in the People’s Republic of China (AmCham China). Together, they are gathering information related to the VAT to provide to the Shanghai Tax Bureau.

This week the State Department contacted my office and further confirmed that shipping industry contacts reported to them that China is indeed preparing a new circular. According to the report, the Ministry of Finance (MOF) and State Administration of Taxation would jointly issue a circular to address the issues in the transportation and logistics sector. It is anticipated that the circular would be released very shortly.

According to the State Department, any guidance and clarification provided with respect to the VAT circular would have a retroactive application to August 1, 2013. A public announcement by Chinese authorities has not been made as of yet. That said, I am encouraged that the concerns raised by the Federal Maritime Commission on behalf of the maritime industry and stakeholders appear to be receiving due consideration by the People’s Republic of China.

China’s position is that there is a U.S. preference of treatment regarding NVOCC bonding. The Chinese would "reciprocity" with U.S. NVOCCs by having the U.S. recognize the financial responsibility evidenced by Chinese NVOCCs posted in China. The Chinese expressed concern that Chinese shippers have no effective channel for claims against U.S. NVOCCs in China, without any financial guarantee posted in their country.

China stated its desire for the establishment of a mutual NVOCC Legal Assistance Mechanism to deal with economic disputes in China-U.S. trade. Mr. Li Hongyin stated that currently there is no coordinated channel between the U.S. and China to enforce violations in China.

China concluded this phase of the meeting by providing an update on recent regulatory developments affecting NVOCCs. In October the MOT Department of Waterways improved its NVOCC financial guarantee policy with three options by:

•    Extending the security deposit program.  Originally only China Merchants Bank was a qualified entity. A recent announcement states that effective December 1, 2013, an NVOCC can select any qualified bank in China.
•    Create a new vehicle for bond insurance. Xiamen Insurance is now developing an insurance program and in the future any insurance company registered in China can issue insurance.
•    Allowing NVOCCs the ability to select a letter of guarantee instead of paying 800,000 RMB.  A letter of guarantee means a qualified institution in China guarantees the financial responsibility and issues the letter, similar to a promissory note.

I made a commitment to take this issue back to the FMC, and that we would consult with the State Department, Department of Justice and other appropriate U.S.-agencies. The U.S. delegation committed to make the issue of reciprocity and bilateral legal cooperation an action item for the next meeting.

Finally, we concluded the Commission’s lead role with China’s concerns regarding Taxes Imposed upon Foreign Invested Terminals in the U.S.

A representative of the shipping industry in China stated that it is looking to enter the United States market as a terminal operator/owner. However, they are examining the tax burden implications for investment. A question was posed whether there can be a tax exemption for transactions between related entities. I thanked him for his comments and questions. I shared with him that while the FMC has some authority over marine terminal operators, we do not have authority with regard to taxation issues. There was no indication that various U.S. taxes were being unfairly applied or somehow different for Chinese entities versus that of other terminal owners and operators.

In closing, the FMC played an important role in the Bilateral Consultations. We coordinated and worked closely with the other U.S. government agencies involved and I am pleased with the information exchanged with our Chinese counterparts. I thank FMC Chairman Cordero for his leadership and support on this important undertaking. Finally, I would like to U.S. Maritime Administration Paul "Chip" Jaenechen for his leadership in spearheading the negotiations. Because of the FMC’s participation and voice for our stakeholders, the VAT issue gained extra traction and may soon be satisfactorily resolved. Thank you.