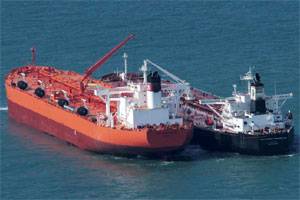 During the early morning hours of February 21, 2009, TITAN Salvage was notified by the Marine Response Alliance (MRA) of the grounding of the Yasa Golden Dardanelles, a tanker, off the coast of Galveston, Tex.  The tanker was fully laden with approximately 620,000 barrels of fuel oil onboard.

TITAN responded by mobilizing a response team consisting of TITAN Salvage Master,  Guy Wood, an assistant salvage master and a naval architect, who all arrived on site later the same day. Additionally, Crowley's Invader-class tugs Ranger and Mariner were dispatched by TITAN from their Lake Charles, Lou., location to provide support while logistics and contracting were managed from TITAN's operational headquarters in Pompano Beach, Fla., as well as from the U.S. Coast Guard station in Galveston.

On Friday, February 22, an attempt was made to free the tanker utilizing the evening's high tide and the two Crowley tugs, which boast a combined bollard pull of approximately 140 tons.  The second attempt focused on ship-to-ship lightering operations to remove a pre-determined 12,000 metric tons of cargo to lighten the ship. On Sunday just before midnight, a 789-foot purpose built lightering vessel was dispatched out of Houston and lightering operations commenced upon its arrival and securing on Monday afternoon.

"Ship-to-ship transfers need be managed with extreme diligence when a grounded vessel is involved," explained TITAN's Director, Americas, Gage Parrot.  "As weight is being removed, ballast has to be taken on in equal proportion in order to maintain ground reaction throughout the process keeping the vessel secure in place prior to re-floating.  Managing the inert gas issues as cargo is transferred is vital to the safety of the ship and salvage team"

On Sunday night, only 44 hours after the initial communication of the incident, the Yasa Golden Dardanelles was successfully re-floated and transited under her own power to an anchorage site to await class survey.

The successful and timely re-floating operation was made possible by the honed response cooperation between MRA partners being led by TITAN.  All four member companies were involved in the response with Crowley providing tugs, MPC (Marine Pollution Control) providing pumping technicians and MHR (Marine Hazard Response) providing a naval architect.