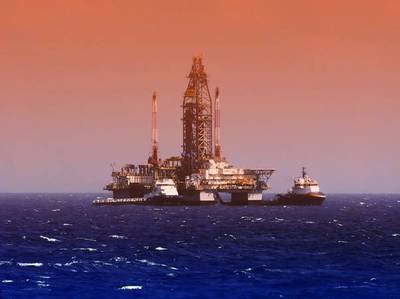 Credit: A drilling rig in the Gulf of Mexico - Credit:flyingrussian/AdobeStock

The U.S. Bureau of Ocean Energy Management (BOEM) will hold an oil and gas lease sale for the Gulf of Mexico on November 17, complying with a U.S. District Court order.

Announcing the upcoming Gulf of Mexico lease sale on Thursday, BOEM said that the Biden Harris Administration "is continuing its comprehensive review of the deficiencies associated with its offshore and onshore oil and gas leasing programs."

Lease Sale 257, planned to be live-streamed from New Orleans, will be the eighth offshore sale under the 2017-2022 Outer Continental Shelf (OCS) Oil and Gas Leasing Program. Lease Sale 257 will include approximately 15,135 unleased blocks located from 3 to 231 miles offshore in the Gulf of Mexico with water depths ranging from 9 to more than 11,115 feet (3 to 3,400 meters).

BOEM said it would include lease stipulations to protect biologically sensitive resources, mitigate potential adverse effects on protected species, and avoid potential conflicts between oil and gas development and other activities and users in the Gulf of Mexico.

Fiscal terms include a 12.5% royalty rate for leases in less than 200 meters of water depth and a royalty rate of 18.75% for all other leases issued pursuant to the sale.