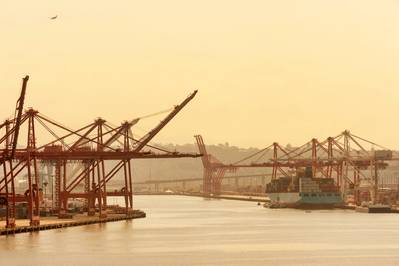 On September 14, 2022, the House Transportation & Infrastructure Committee (T&I Committee), Subcommittee on Coast Guard and Maritime Transportation, held a hearing which indicated a potential revitalization, and new enforcement regime, of U.S.-flag requirements under the Cargo Preference Act of 1954 (the CPA). The hearing occurred on the heels of a Government Accountability Office’s (GAO) report regarding the Maritime Administration’s (MARAD) lack of COA enforcement, with significant recommendations to revamp oversight by the agency to ensure a growing, stable U.S.-flag fleet in the future.

Background
The CPA requires at least 50% of civilian government-impelled cargoes to be carried on U.S.-flag vessels. However, until Congress enacted the Duncan Hunter National Defense Authorization Act for Fiscal Year 2009 (2009 NDAA), enforcement of the CPA was plagued by a multitude of questions and inconsistencies relating to the general ambiguity of the statute itself. The 2009 NDAA attempted to address many of these issues through two means.

First, it codified MARAD’s long-standing view that the CPA applied whenever the U.S. government provides financing with federal funds (e.g., with grants, loans, and loan guarantees).

Second, the 2009 NDAA empowered MARAD with enforcement authority by requiring departments and agencies to administer all programs in accordance with MARAD’s regulations and guidance on cargo preference. The 2009 NDAA specifically authorized MARAD to:

MARAD instituted two rulemakings, later merged into one, shortly after passage of the 2009 NDAA in an effort to meet the statute’s aims while also resolving certain additional statutory ambiguities. For instance, the CPA and 2009 NDAA left the following items open to interpretation by agencies within the federal government:

Despite these significant issues in need of resolution, MARAD’s rulemakings languished for nearly eight years in administrative proceedings due to an absence of consensus among MARAD, other federal agencies, and the commercial maritime industry. As a result, MARAD terminated its proposed rulemaking in February 2017, leaving cargo preference largely to an agency-by-agency determination with limited follow-through reporting or enforcement.

GAO report and MARAD’s proposed actions
GAO’s report identified substantial, persistent issues from both statutory and administrative standpoints in ensuring enforcement of the CPA. In particular, the report takes strong issue with both MARAD’s inability to properly validate U.S.-flag cargo volumes because it relies upon commercial carrier bills of lading to monitor these transports as well its lack of public reporting on cargo preference data. Regarding the former, MARAD’s inability to monitor cargo volume through interagency processes results in MARAD learning of U.S. cargo moving on foreign vessels after the fact, and with little follow-up through interagency processes. In regards to the latter, interagency disputes led to a cessation of making CPA data publicly available in 2013, leaving the public and Congress largely blind to the significant volume of tax-payer funded cargoes being placed on foreign-flag vessels.

The GAO report also called out MARAD’s absence of clarifying the two long-standing issues discussed above: (i) procedures for non-availability and (ii) calculation methodologies for U.S.-flag percentages. Its report concludes with two relatively straightforward recommendations for MARAD:

During the September 14th T&I Committee Hearing, Rear Admiral Ann C. Phillips, confirmed as the MARAD Administrator in May 2022, noted the myriad of difficulties faced by the agency in promulgating clear regulations on this topic while largely concurring with the GAO report on the importance of the CPA and boosting U.S.-flag vessel usage.

Rear Admiral Phillips highlighted the numerous benefits that of a strong U.S.-flag fleet, and highlighted several programs currently underway at MARAD to boost U.S.-flag participation such as the Tanker Security Program. In regards to cargo preference, Rear Admiral Phillips discussed that the agency is now pursuing a request for information from various stakeholders to revitalize the stagnant rulemakings issued, and later abandoned, following the 2009 NDAA.

Hearing commentary and resulting legislation
Both Democratic and Republican members of the T&I Committee repeatedly voiced frustration with MARAD’s lack of oversight and enforcement of cargo preference requirements since the 2009 NDAA. In repeated questions to both GAO and MARAD, members questioned whether existing laws provided enough authority to overcome non-compliance issues from other federal agencies. Of particular note, Representative John Garamendi (D-Calif.), who recently played a key role in drafting and enacting the Ocean Shipping Reform Act of 2022, explicitly stated that MARAD required a new statutory regime in order to effectively regulate and enforce cargo preference laws in concert with an overall national maritime policy. Rep. Garamendi specifically voiced support for MARAD to become the sole point of authority in granting or denying waivers for U.S.-flag cargo requirements, rather than leaving these issues unchecked in the current interagency processes.

With regard to maritime policy generally, both T&I Committee members and witnesses at the hearing voiced that such policy has largely been left vacant since the Merchant Marine Act of 1936. Many members noted that the diminishment of the U.S.-flag fleet, now down to 84 vessels, points to significant detriments for the U.S. both in terms of military readiness and securing the supply chain in today’s global economy. Of particular note, the Committee heard testimony from additional stakeholders that addressed both China’s ongoing dominance of global shipping as well as the ongoing Russian invasion in Ukraine as indicators that the supply chain itself will likely become a key variable in new conflicts this century.

The reduction of the U.S.-flag fleet represents a concerning indicator as to whether the U.S. will remain a predominant force in global trade in the next decade and beyond. Although cargo preference laws make up one aspect of a national maritime policy, the absence of oversight and enforcement of these laws create a negative feedback loop leading to a weakened U.S.-flag fleet. For instance, the absence of cargo preference enforcement results in federal agencies with sizable cargo (such as USAID and the State Department) issuing self-generated waivers to avoid using costlier U.S.-flag vessels. These decisions logically diminish the amount of preference cargo available to U.S.-flag vessel owners, which both reduces current revenues for U.S.-flag operators while also eliminating any incentive to join the U.S.-flag fleet (which already carriers additional barriers to entry). In turn, this loop cycles back to agencies that find themselves in need of U.S.-flag vessels but potentially with no vessel available due to the lack of investment from all parties, and yet again issue themselves a waiver for cargo preference requirements.

It is well understood that a strong, growing, and stable U.S.-flag fleet provides numerous benefits to U.S. military readiness, supply chain security, and labor growth for U.S. personnel in the maritime industry. Despite these available gains to all parties, the U.S.-flag fleet remains stagnant without dramatic adjustments to U.S. policy in terms of both cargo preference and overall investment in the maritime industry. Although the recent T&I Committee hearing and GAO report reemphasized these concerns, it remains to be seen whether genuine fixes to these problems will occur in the near future.

Following the hearing, on October 3, 2022, Rep. Garamendi made good on his promises by introducing the bipartisan “Rebuilding the United States-Flag International Fleet Act” (H.R.9102), with Rep. Bob Gibbs (R-Ohio) and Rep. Alan S. Lowenthal (D-Calif.). The bill would essentially reverse the Moving Ahead for Progress in the 21st Century Act (P.L. 112-141), passed in 2012, by restoring the requirement that at least 75% of gross tonnage of seaborne cargo for international food aid programs be carried on US-flag vessels (the requirement is currently at 50%). Perhaps more importantly, the legislation would (1) reaffirm that MARAD is the only federal agency with authority to issue a determination of non-availability of U.S.-flag vessels, and (2) require a public notice and associated notice to Congress for all such determinations. The legislation likely will be opposed by USAID, USDA, the State Department and international NGOs that have benefitted from the lack of cargo preference oversight. However, if the legislation passes, it could give MARAD the tools that it has sorely needed in the continued fight to maintain – and grow – the U.S.-flag maritime fleet.

The authors
Jeff Vogel is a partner and Matt Howell is an associate in Cozen O’Connor’s Transportation & Trade Group. Their practice is focused on strategic and operational matters affecting the United States maritime industry and on government contracts across all industries.