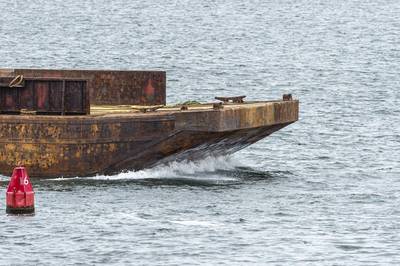 In two major pieces of legislation passed by Congress at the end of 2020 and the beginning of this year, Congress addressed the difficulty that many smaller inland and coastal ports have in obtaining funding for their infrastructure projects. First, on December 11, 2020 Congress passed the William M. (Mac) Thornberry National Defense Authorization Act for Fiscal Year 2021 (NDAA), and on January 1, 2021 overrode President Trump’s veto. Second, on December 24, 2020 Congress passed the Consolidated Appropriations Act for fiscal year 2021 (FY 2021 Appropriations Act) which the President signed three days later. Both statutes contain provisions related to the Port Infrastructure Development Program administered by the U.S. Maritime Administration (MARAD) that are helpful to small inland and coastal ports.

Information about the overall Port Infrastructure Development Program can be found on MARAD’s website. This article will focus on the provisions in the NDAA and the FY 2021 Appropriations Act that are particularly relevant to smaller inland and coastal ports.

Prior to the NDAA amendments, 25% of the amounts appropriated for grants under the Port Infrastructure Development Program were reserved for “small” projects. However, the underlying statute authorizing the Program, 46 U.S.C. section 50302, defined a “small” project as one that requested the lesser of $10 million or 10% of the total amount appropriated for the Program for a fiscal year. In the FY 2021 Appropriations Act, Congress appropriated $230 million for the Program, which effectively meant that the grant for a “small” project would need to be at least $10 million. The infrastructure projects of many inland and smaller coastal ports frequently do not rise to this amount. The FY 2021 Appropriations Act provided relief from this requirement by reducing the minimum grant size to $1 million for that specific fiscal year, as did the Consolidated Appropriations Act for Fiscal Year 2020. However, section 50302 remained unchanged on this requirement, creating uncertainty as to what the minimum grant size would be from year to year.

The NDAA amendments address this problem by removing the minimum dollar threshold for grants under the Port Infrastructure Development Program, and replaced the size of project test with a size-of-port test. The percentage reserved for “small” projects was reduced from 25% to 18%, but the removal of the minimum dollar amount for grant requests is of more practical importance for smaller ports. To be eligible for a grant from the reserved funding, a project must be at a port to and from which the average tonnage of cargo for the immediately three calendar years from the time an application is submitted is less than eight million short tons. The tonnage is to be determined using data of the U.S. Army Corps of Engineers, or from data provided by an independent audit which is acceptable to MARAD.

The FY 2021 Appropriations Act complements this with an approach that continues to look to the size of the grant. It directs that for grant awards of less than $10 million, priority is to be given to ports that handled less than 10 million short tons in 2017 as measured by the Corps of Engineers.

The combined effect of the two statutes appears to have what is probably an unintended consequence. As a result of the NDAA amendments, the amount of the FY 2021 appropriations reserved for smaller ports will be 18% of $230 million, or $41.4 million. This entire amount will be available to coastal seaports that handled an average of less than eight million short tons over the immediately three calendar years, and coastal ports that handled less than 10 million short tons in 2017 will be eligible for priority under the FY 2021 Appropriations Act.

However, only $25 million of the overall appropriations amount of $230 million would be available to inland river ports of any size, because of the set-aside of $205 million for coastal seaports or Great Lakes ports in the FY 2021 Appropriations Act. But this remaining $25 million is less than the set-aside of $41.4 million that is reserved for small inland and coastal ports under the NDAA amendments. Thus the combined effect of the two approaches appears to exclude inland river ports that exceed the eight-million tons threshold from access to any of the appropriated funds. As inland ports they would be excluded from the $205 million set-aside for coastal seaports and Great Lakes ports, and their tonnage would be too large to be eligible for the small ports set-aside. For the same reason, inland river ports above the eight-million tons threshold will also apparently not benefit from the priority provision in the FY 2021 Appropriations Act.

It seems unlikely that Congress intended such a result. A more probable explanation might be found in the size and complexity of each of the two bills, the preoccupation of lawmakers with COVID-19 relief measures, and the haste in which both laws were passed in the final days of the 116th Congress. Perhaps there will be an opportunity for the 117th Congress to sort it out.

Another hurdle that inland and smaller coastal ports frequently encountered under the Port Infrastructure Development Program was a requirement that the proposed project be shown to be “cost effective.” While this might appear at first to be a reasonable requirement for making grants with taxpayer dollars, as a practical matter it placed smaller ports at a disadvantage relative to the larger ports. Because smaller ports typically handle less cargo than the larger ports, the same piece of cargo-handling equipment, for example, would likely have greater utilization at a larger port than at a smaller port.

Prior to the NDAA amendments, there was a provision allowing MARAD to waive the cost-benefit analysis and to establish a “simplified, alternative basis” for determining whether a project is cost effective for a small project. The NDAA amendments did away with the cost-benefit analysis requirement altogether for projects proposed by eligible small ports. Instead, the criteria for evaluating projects proposed for the grants reserved for smaller ports now give those ports the opportunity to justify such projects on a broader basis. Projects proposed by smaller ports for the reserved funding are to be evaluated taking into account “the economic advantage and the contribution to freight transportation at a port,” “the competitive disadvantage of such a port,” and “the degree to which a project would promote the enhancement and efficiencies of a port.”

As with other grants made under the Port Infrastructure Development Program, a grant from the funding reserved for smaller ports is generally limited to 80% of the total costs of the project, but such a grant is now eligible for MARAD to increase the Federal share above 80%, which previously had been available only for grants to projects located in rural areas.

Several new provisions are worth noting in connection with the share of the project costs that are to be paid by the grant recipient. First, the law now states explicitly that the recipient’s share may be incurred before the date on which the grant is provided. This allows the recipient to use its own funds to get an initial phase or stage of a project under way if the completion of that portion of the project would still be useful even if the grant application was not approved.

Third, the NDAA amendments specifically provide that MARAD may not require as a condition of issuing a grant that the grant recipient obtain direct ownership of either a facility or equipment to be procured using the grant funds, or that any equipment procured with the grant funds be new. The first provision allows for the frequently used method of lease financing, in which title to the facility or equipment is held by the leasing subsidiary of a financial institution, with the grant recipient having possession and use of the facility or equipment. The second provision reflects the practical reality that, especially for smaller ports, previously used equipment might be what they can afford while still meeting their needs.

It now remains for MARAD to provide procedures and forms to implement the changes that have been made in the Port Infrastructure Development Program for smaller inland and coastal ports, and to issue a Notice of Funding Opportunity for the Program under the FY 2021 Appropriations Act.