Consolidation Not Enough to Save Box Shippers -Study 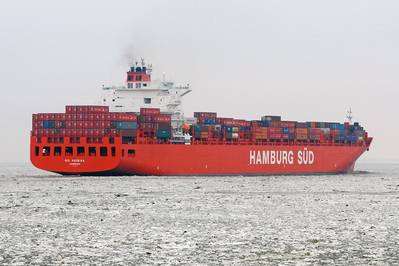 The outlook for global container carriers remains rocky at the outset of 2017, according to a new study by AlixPartners.

Hanjin Shipping Co.’s bankruptcy in 2016 sent shock waves through the industry, while Brexit and the new U.S. administration’s policies threaten to inject further uncertainty into the future of global trade. These stances could reverse policies that have supported the growth of containerization since the 1950s. Going into the important pricing season, companies need to do everything they can to retain the higher rates recently seen.
“The industry remains in the midst of major upheaval it’s experienced since the 2008 financial crisis. Carriers need to remain focused on eliminating costs from their core shipping business,” said Esben Christensen, Managing Director at AlixPartners. “While there has been good news recently in rates, the industry still needs to be prepared for continued struggles. The recent consolidation isn’t the cure all for the industry.”
Despite the distress the industry continues to experience, hope remains. Rate levels on major East-West trades improved—dramatically in some cases—in the fourth quarter of 2016. Carriers managed to sustain those higher rate levels because of an unusually early Chinese New Year, which should buoy financial results for the fourth quarter.
“Spot rates rose nicely after Hanjin ceased operations, particularly for eastbound transpacific trade lanes,” said Lian Hoon Lim, Managing Director at AlixPartners. “But the boost lasted only a few weeks and rates reverted to the habitual depressed levels we have seen.”
Financials remain bleak
As the shipping industry plows through the doldrums, companies have been searching for solutions to their financial problems. Companies have slimmed operating expenses and reduced capital expenditures, slashing them to $12.4 billion in 2016 from $25.2 billion in 2011. But those efforts may not go far enough. Nearly every key financial indicator worsened from the previous year. Operational cash flow as a percentage of revenue slowed to an anemic 6 percent through the last 12-month period ended September 30, 2016, which is still outpaced by capital expenditures. The industry’s total debt levels, driven by borrowing for M&A activity, have edged back up. Additionally, earnings before interest, taxes, and depreciation (EBIT) margins turned negative in Q3 2016 for the first time in the study’s sample period. This does not bode well for the 2017 calendar year, because the industry usually sees peak volumes during the third quarter.
Given the dire situation, it was only a matter of time before a bankruptcy occurred, and it was a big one—in fact, the biggest one since the United States Lines bankruptcy in 1986. Hanjin’s unraveling will likely have profound impacts on the market this year. In fact, spot rates for the eastbound transpacific trade lane, a focus of Hanjin’s network, have nearly doubled since the carrier declared bankruptcy.
Consolidation should continue
The study says the global container shipping market will likely have a glut in capacity for the foreseeable future. Consolidation is only one way to help solve that problem, but it’s a solution that has been ignored for the past decade.
The pace of M&A activity accelerated through the end of 2016. In late October, the three largest Japanese lines—Nippon Yusen Kabushiki Kaisha (NYK), Mitsui O.S.K. Lines (MOL) and Kawasaki Kisen Kaisha (“K” Line)—announced their plans to merge in 2017. A few weeks later, the European Commission approved the Hapag-Lloyd-UASC merger, followed by Maersk’s announcement in early December that it was buying German shipping line Hamburg Süd. Carriers that have not been involved in a merger or acquisition are persistently rumored to be the next to do a deal. This wave of consolidation has added increased complexity to shifting carrier alliances.
“While the consolidation of the liner industry is considered a positive, it is by no means a panacea for the containership industry and certainly not for the tonnage providers,” said Albert Stein, Managing Director at AlixPartners. “Expect major upheavals in 2017 especially among Greek and German container ship owners, as they find a smaller, if any, market for their ships. All I see now is a move towards building and buying ship types for already overserviced routes which will generate returns that will just about disappoint everybody, particularly in a new global trade environment.”
As the reshuffling continues, shippers should carefully reexamine their procurement strategies to ensure supplier diversity, the study concludes.
The 2017 playbook for carriers
Carriers that have weathered the storm have a difficult task in front of them, but the playbook remains clearly defined: focus on customer and route profitability, reduce operating costs and rationalize the fleet. All of these actions will help support higher rate levels in 2017 and beyond.
Focus on customer and lane profitability
Carriers should make smart and disciplined commercial decisions around customer and lane profitability. Companies can no longer rely on automatic year-over-year growth. Increased digitization and data utilization is required for companies to understand true costs and revenue potential.
Take full advantage of the post-merger integration process
With industry consolidation in full swing, it’s critical that carriers take full advantage of post-merger integration opportunities. Carriers must quickly rightsize their organizations and root out inefficiencies.
Rationalize the global fleet
The global industry fleet size continues to grow, but at a more muted pace. Vessel ordering programs have been slowed or stopped altogether in some cases. Carriers should continue their efforts to trim future vessel orders to be more in line with demand forecasts.
The bottom line
Carriers will have to make some hard decisions in 2017. They’ve already taken steps to relieve their financial woes, including slashing expenditures. They must continue to drive down costs through effective post-merger integration and fleet rationalization to bring supply and demand into balance.
Spot rates have improved in the wake of the Hanjin bankruptcy, which carriers must do everything they can to maintain. The carrier community’s ability to drive rate levels higher into future contract negotiations will likely decide whether 2017 will be the turning point the industry desperately needs—or just another bad year in a growing string of losses.
About the Study
The AlixPartners study Container Shipping Outlook 2017 reviewed the financial results of the world’s 14 publicly-traded ocean container-carriers. Data for 2017 in the study is based on the 12-month-prior period through Sept. 30, 2016.