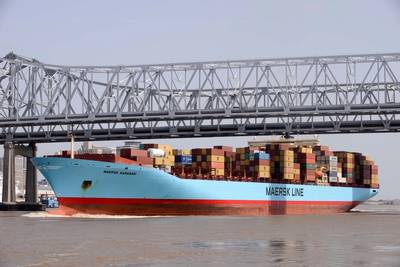 Shipping freight rates for transporting containers from ports in Asia to Northern Europe have plummeted 78 percent this year, after posting another drop this week, a source with access to data from the Shanghai Containerized Freight Index told Reuters.

It was the second consecutive week of falling freight rates on the world's busiest route and current level is widely seen as a loss-making level for container shipping companies that transport everything from flat-screen TVs to sportswear from Asia to Northern Europe.

Drewry Maritime Equity Research wrote in note last week that "container shipping is staring at a terrible 2016 with a structural slowdown in global trade volumes, historical low freight rates and ever increasing capacity could result in an industry losses of $6 billion."

Copenhagen-based Maersk Line, the global market leader with a market share around 15 percent and part of Danish shipping and oil group A.P. Moller-Maersk, reported in February a loss of $182 million for the fourth quarter. It was the first time since the first quarter of 2012 it reported a negative quarterly result.

The Danish shipping company controls around one fifth of all transported containers from Asia to Europe.