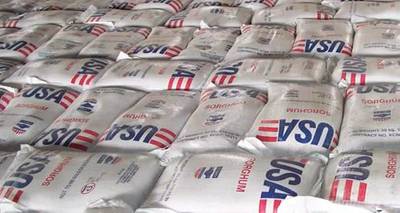 USA Maritime praises the House of Representatives for rejecting the Royce-Engel amendment that would have dramatically altered the existing PL 480 Food for Peace Program.

The action in the House, according to USA Maritime Chairman James Henry, “Demonstrates a clear recognition that this cornerstone of America’s foreign aid programs is not only the most successful in addressing world hunger but provides numerous important economic and national security benefits to the American people.

Changing this program, as proposed by Congressmen Royce and Engel, to a cash-based system in which US tax dollars are wired or transferred to foreign interests without transparency or accountability will not provide the same return to the American people.”

Under the PL 480 Food for Peace Program, high quality American produced agricultural commodities are processed, bagged and transported to American ports where the commodities are loaded onto merchant vessels for delivery overseas.

Under existing law, 50 percent of these commodities are transported by U.S.-flag commercial vessels with American crews, contributing significantly to the commercial sealift capability needed by the Department of Defense to support America’s troops.  Shifting the program to a cash give-away system will not only cost American farmers and American transportation workers business and jobs, but it will reduce the amount of cargo U.S.-flag commercial vessels rely on.

USA Maritime states that in 2011, then-Commander of the United States Transportation Command General Duncan McNabb told Congress that “International food aid has been a major contributor to the cargo we have moved under the cargo preference law that our U.S. commercial sealift industry depends on.”  He warned that “Any reductions will have to be offset in other ways to maintain current DoD sealift readiness.”