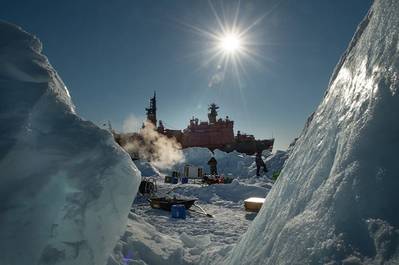 Russia's biggest oil producer Rosneft will continue drilling in the Arctic Kara Sea on its own after the departure of its partner, U.S. oil major ExxonMobil, due to sanctions, the company's head Igor Sechin said on Friday.
"We will continue drilling in any case, on our own, always and everywhere. If partners can take part - that's good, if they can't - we will carry on alone," Sechin told reporters.
Exxon earlier suspended cooperation with Rosneft in the Arctic due to U.S. sanctions over Moscow's involvement in the conflict in Ukraine.
(Reporting by Denis Pinchuk Reuters; Writing by Maria Kiselyova; Editing by Elizabeth Piper)