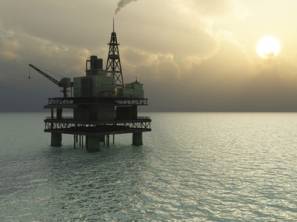 The Bureau of Ocean Energy Management (BOEM) completed its required evaluation of bids to ensure that the public receives fair market value for tracts leased as part of the Gulf of Mexico Central Planning Area Oil and Gas Lease Sale 235. The sale held on March 18, 2015, made 7,788 unleased blocks covering about 41.2 million acres offshore Louisiana, Mississippi and Alabama available for lease.

After extensive economic analysis, BOEM awarded 161 leases on tracts covering 923,711 acres to the successful high bidders who participated in the sale. The accepted high bids are valued at $533,090,640.

During the sale, 42 companies submitted 195 bids totaling $583,201,520 on 169 tracts. A total of $538,780,056 was received in high bids. BOEM rejected eight high bids, totaling $5,689,416, after determining that the value of those bids was insufficient to provide the public with fair market value for the tracts. BOEM will reoffer these tracts as part of the next Central Planning Area sale, which is currently scheduled for March of 2016.

The terms and conditions of Sale 235 encourage diligent development, environmental protection and ensure a fair return to taxpayers.

Although Sale 235 reflected  current market conditions of lower oil and gas prices,  the number of high bids and the number of bids in deepwater were proportionately similar to last year’s  central sale illustrating strong, continuing industry interest in the deepwater Gulf of Mexico.