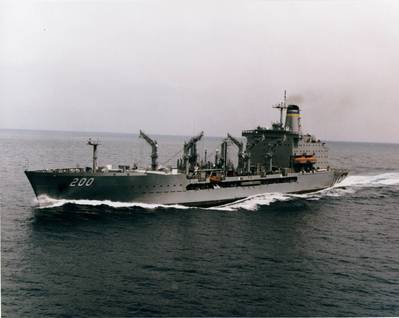 Guadalupe's primary mission is to provide fuel to U.S. Navy ships at sea and jet fuel to aircraft assigned to aircraft carriers.  The contract includes options which, if exercised, would bring the total contract value to $8,153,218.  Work will be performed in Portland, Ore., and is expected to be completed by July 2014.

Towing – Moran
Moran Towing Corp., New Canaan, Conn., is being awarded an $11,147,644 firm-fixed-price contract for seven time-chartered, U.S.-flagged tractor tugs for day-to-day operations in Norfolk, Va., and surrounding waters, including ship handling, docking and undocking services. This contract includes a three one-year options and one 11-month option which, if exercised, would bring the cumulative value of this contract to $58,104,254.  Work will be performed in Norfolk, Va., and surrounding waters, and is expected to be completed by February 2019.