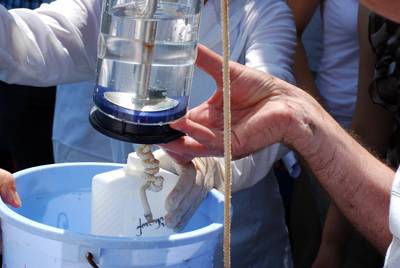 Measures to assist in accelerating the entry into force and implementation of the key international convention designed to eradicate the global spread of harmful organisms in ships’ ballast water were adopted by the Marine Environment Protection Committee (MEPC), of the International Maritime Organization (IMO), when it met for its 67th session (October 13-17, 2014).

The International Convention for the Control and Management of Ships' Ballast Water and Sediments, 2004 (the BWM Convention), addresses the problem of aquatic organisms and pathogens being released into non-native environments after being transported around the world in ships’ ballast water. Such organisms may survive and out-compete native species, becoming invasive and causing a great deal of damage to the local ecosystem. The BWM Convention requires the treatment and management of ballast water in order to kill off such microorganisms or species.

The resolutions adopted by the MEPC last week address issues surrounding the type-approval of BWM systems and guidance for port State control inspections. They have already been heralded by the shipping industry as “significant progress” on what had been proving challenging topics to resolve.

The MEPC resolution on Measures to be taken to facilitate entry into force of the International Convention for the Control and Management of Ships' Ballast Water and Sediments, 2004 aims to address concerns that the testing system for approval of BWM systems needs to be sufficiently robust and consistent so that any systems approved will meet the standards set out in the BWM treaty.

The resolution agrees that the technical standards and approval testing procedures in the Guidelines for approval of ballast water management systems (G8) will undergo a comprehensive review. A correspondence group was established to initiate the review.

The resolution also agrees that “early movers”, in other words, shipowners that have already installed type-approved ballast water management systems prior to the application of the revised Guidelines (G8), should not be penalized and that port States should refrain from applying criminal sanctions or detaining the ship, based on sampling during a trial period.

Also adopted by an MEPC resolution were Guidelines for port State control inspection for compliance with the BWM Convention. The Guidelines note that every effort should be made to avoid any undue delays to the ship.

The MEPC also agreed a plan and terms of reference for a proposed study on implementation of the ballast water performance standard described in regulation D-2 of the BWM Convention. This specifies the water quality for discharge, related to specified maximum concentrations of viable organisms. The study would include stakeholder surveys and collection of data on similarities and differences in existing practices relating to type approval and testing of BWM systems and practices relating to analysing the performance of BWM systems after installation on board ships. The final study report is to be submitted to MEPC 69 which is scheduled for early 2016.

Meanwhile, further BWM systems that make use of Active Substances were granted Basic Approval (one system) and Final Approval (three systems), following consideration of the reports of the 28th and 29th meetings of the Joint Group of Experts on the Scientific Aspects of Marine Environment Protection (GESAMP) Ballast Water Working Group. In addition, nine further type approvals of ballast water management systems were reported to the Committee, bringing the total number of reported type-approved systems to 51.

The BWM Convention will enter into force 12 months after ratification by 30 States which collectively represent 35 per cent of world merchant shipping tonnage. Recent accessions by Turkey and Japan have brought this tantalizingly close. The number of ratifying states (43) states is already sufficient but, at 32.54 per cent, their collective share of world merchant shipping tonnage is not quite sufficient to trigger entry into force. However, it is anticipated that the entry-into-force criteria will be met shortly as a number of States have indicated they are making arrangements to deposit their instruments of accession very soon.