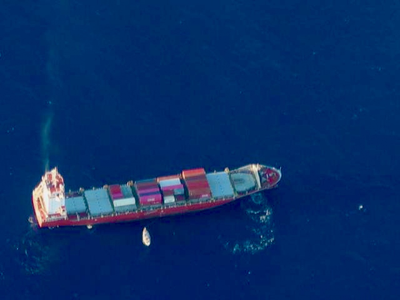 The three crew are reportedly in good condition, with one possible concussion after further assessment by a flight surgeon, and en route to Honolulu aboard the motor vessel Kalamazoo. They are expected to arrive later in the week.

Crews aboard a Coast Guard HC-130 Hercules and a U.S. Navy P-8 Poseidon airplanes conducted searches over several days. The Coast Guard Cutter Joseph Gerczak (WPC 1126) also responded from Honolulu, but shortly after reaching the search area, they turned back due to a low fuel state.

Weather in the area was forecast from the National Weather Service as winds 17 to 28 mph and seas 6 to 10 feet.