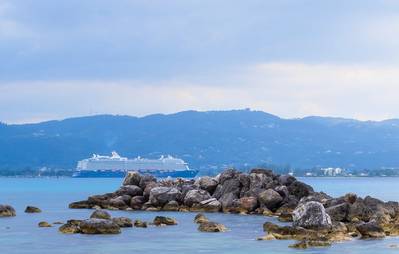 A cruise ship carrying about 920 passengers was expected to dock at Piraeus port near Athens, after 12 of its crew members tested positive for the coronavirus, an official at Greece's Civil Protection agency said on Monday.

The Mein Shiff 6, operated by TUI Cruises, departed from Heraklion in Crete on Sunday with all passengers having tested negative before boarding.

But sample tests on 150 crew members out of a total of 666, detected 12 infections. The ship's operators TUI Cruises said six of the 12 had since tested negative.

"They are all asymptomatic," the civil protection official said. "The vessel will most likely return to Piraeus port for repeat rapid COVID-19 tests."

Piraeus is the country's biggest port, with better access to health services and equipped to deal with any emergency.

The vessel is expected to dock there at 0200 GMT and Greek health authorities will board the vessel and conduct repeat tests to the 12 crew members, two officials told Reuters.

Until then, the affected crew on the ship, making its way from off the island of Milos, have been segregated, TUI Cruises said.

The company said a second round of tests were held on board and half of the crew found positive earlier had since tested negative. Results for the other six crew were expected on Tuesday morning. All crew members would be tested, it said.

"Thanks to the health measures in place and the vessel cleaning rules, there is no reason of concern for visitors and crew members," the company statement said.

The cruise industry has taken a major hit from the pandemic, with some of the earliest large clusters of COVID-19 occurring aboard cruise ships.

Voyages of large cruise ships only resumed in recent weeks in Greece after they were banned for months.

Greek authorities have tightened restrictions to stem the spread of the coronavirus in the greater Athens area, saying the pandemic was showing "steadily rising trends".

TUI Cruises is a cruise line based in Germany. It was formed in 2007 as a joint venture between German tourism company TUI AG and U.S. cruise line operator Royal Caribbean Cruises.