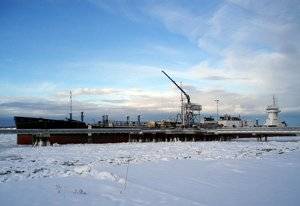 Crowley's petroleum transportation group recently made history, as its 155,000-barrel ATB, Sea Reliance/550-1, became the largest of its kind to have ever transited Alaskan waters.  Under the watchful command of Capt. Scott Murdock, Sea Reliance/550-1 completed a voyage from Martinez, Calif., to Anchorage, Alaska carrying a full load of jet fuel. The journey, which occurred without incident, was met with several weather concerns because of an early start to the winter storm season.

Although other small cargo ATBs have traveled in Alaska, the Sea Reliance/550-1 is the largest at over 600 ft in length.  The ATB can make 12 knots and the sophisticated connection between the tug and barge enables it to move fluidly as one unit in the most adverse seas, thereby providing increased service reliability, not achievable with a conventional tug and barge.

"The top priority of this voyage, which was achieved, was to arrive safely with no compromise to our crew, the customer cargo or the vessel," said Capt. Mark Homeyer, director of marine operations for Crowley.

The Sea Reliance was equipped with two captains with 50 years of combined sailing experience. Capt. Scott Murdock served as the primary captain, while Capt. Bill Bart served as the company pilot.

In order to avoid the most extreme seas, the vessel transited through the inside passage from the Strait of Juan de Fuca to Cook Inlet and on to Anchorage for final discharge.