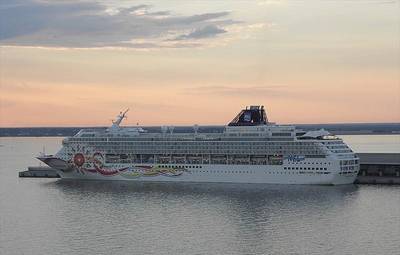 A Norwegian Cruise Line ship has canceled the remainder of its voyage and will return to Seattle after striking an iceberg off the coast of Alaska on Saturday.

The Norwegian Sun was transitioning to Hubbard Glacier in Alaska when the ship made contact with a small iceberg. No injuries were reported.

The 78,309 GT ship was "engulfed by dense fog, limiting visibility and resulting in the ship making contact with a growler", a Norwegian Cruise Line spokesperson told Cruise Hive.

A growler is an iceberg less than 6.6 feet across that floats with less than 3.3 feet showing above water, according to the National Snow and Ice Data Center.

Following the incident, the 848-foot ship diverted to Juneau, Alaska, for further assessment. There, Norwegian decided the nine-night Alaskan cruise would be shortened and future trips canceled.

"The ship was given clearance by the United States Coast Guard and other local maritime authorities to return to Seattle at reduced speed," a spokesperson for Norwegian Cruise Line said.

Passengers have remained on board and will disembark in Seattle on Thursday.