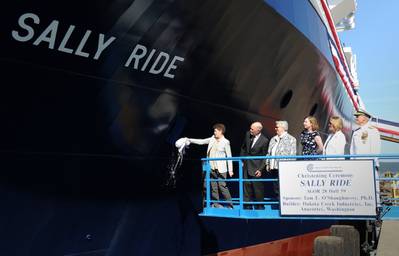 Richard "Dick" Nelson, co-founder of shipbuilding and repair yard Dakota Creek Industries, has passed away after a battle with cancer. He was 78.

Nelson began his shipbuilding career in 1963 at Weldcraft Steel Works, a shipyard in Bellingham, Wash. before going on to co-found Post Point Shipyard and then Dakota Creek Industries.

"Dick taught us many things, but most of all he drilled it into us that DCI employees are the true assets of the company—a company that he was extremely proud of," the shipyard said in a statement following Nelson's passing. "He was a visionary leader, inspiring mentor and beloved friend. His legacy will live on in the projects we complete with pride and integrity, and with the trademark quality that Dakota Creek is known for worldwide. We are honored to have known him and will dedicate our work to his memory, which is the sincerest form of tribute."